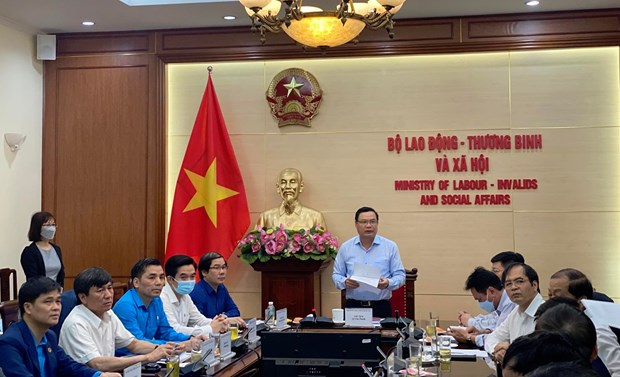 HÀ NỘI — The National Wage Council announced on Tuesday that the regional minimum wage will rise by six per cent from July 1, 2022.

Those in Region 3, or provincial cities and the districts of Bắc Ninh, Bắc Giang and Hải Dương provinces, will earn at least VNĐ3.64 million a month; and in Region 4, or the rest of the country, will receive a minimum of VNĐ3.25 million a month.

“This change in minimal wage hopefully will ensure the livelihoods of most workers,” said Lê Văn Thanh, Deputy Minister of Labour, Invalids and Social Affairs. “The increase is not high, but it harmonises the will of the employees and the employers.”

Deputy Minister Thanh also informed that this wage-raising plan would be sent to the Government to be decided and enacted as soon as possible.

“We are not happy with these changes because they did not reflect the common will of the business community,” said Hoàng Quang Phòng, Deputy Chairman of the Vietnam Chamber of Commerce and Industry (VCCI), “We expect the changes to be made from January 2023, rather than July 2022, because they will cause disruptions in business plans of 2022. However, 15 of 17 of our members have agreed with the National Wage Council’s plan.”

The employee’s side, however, has other ideas. “As representatives for the workers, we expected the minimum wage increase to be around 7-8 per cent,” said Ngọ Duy Hiếu, Deputy Chairman of the Vietnam General Confederation of Labour, “But in the context of the pandemic, this increase of 6 per cent shows the commitment of both sides, the workers and the businesses to overcome the difficulties together.”

“An increase in wages will definitely be a helpful boost to the workers’ productivity and create sustainable growth for businesses,” said Hiếu. — VnExpress News