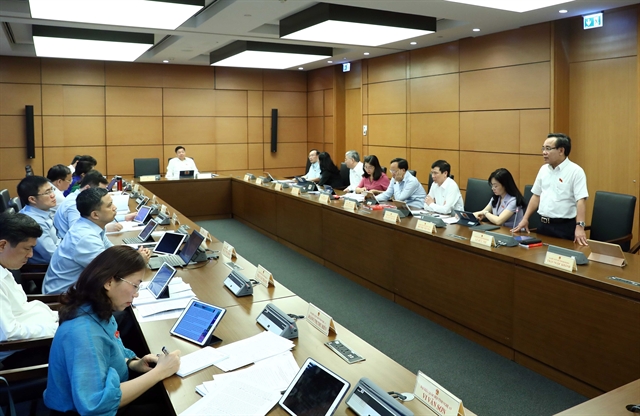 He was speaking during the third working day of the third session of the 15th-tenure National Assembly (NA) in Hà Nội.

NA deputies reviewed the socio-economic development results in 2021, and discussed plans for further development and budget allocation this year.

Discussing the economic growth targets that the 13th Party Congress set for the next five years, NA chair Huệ expressed his worries that the country must try much harder to achieve the gross domestic product (GDP) growth target of 8-8.5 per cent this year.

He also pointed out that State’s budget spending is difficult since there is limited capital, and the economy’s ability to absorb capital is very low.

Public investment in 2021 reached more than 70 per cent but official development aid (ODA) was only 32.85 per cent, he said. The VNĐ340 trillion (US$15.42 billion) economic recovery package has not been allocated, while it’s only valid for this year and next year.

The NA chair asked legislators to identify the problems, and stressed that the situations in which “money is available but can’t be spent” must be put to an end, especially in the health and education sectors, and especially when the country is in the process of economic recovery.

“We need to recalculate and make it crystal clear. We need new solutions to the old problems – they are the prolonged, serious illnesses,” he said. 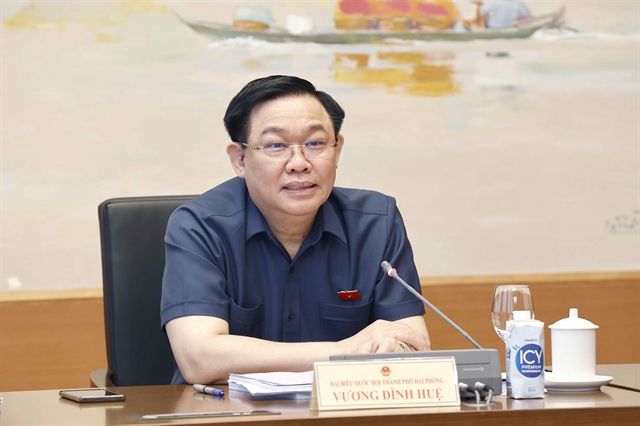 Speaking about the COVID-19 pandemic and its effects on society and the economy, NA deputies said 2021 was a turbulent year with unprecedented challenges. The pandemic spread wide and fast, leaving major consequences on production activities and all aspects of people’s lives.

However, with the right guidance from the Party, NA and Government and the people’s support, the country was able to switch from solely fighting the pandemic to responding to it in a safe, flexible and effective manner, which resulted in positive economic outcomes.

The country’s GDP still increased by 5.22 per cent in the fourth quarter of 2021, and 2.58 per cent the whole year. The pandemic was controlled, and seven out of 12 socio-economic targets of the year were achieved.

The macro-economy was stable, the average consumer price index (CPI) for the whole year only increased by 1.84 per cent. Interest rates decreased while credit increased, and social security policies were provided to support citizens, employees and employers.

Việt Nam’s vaccination rate against COVID-19 is among the world’s highest, and the success of the 31st SEA Games has left good impression on international friends.

Addressing the meeting, President Nguyễn Xuân Phúc expressed his delight at the achievements but also pointed out they were just the beginning of a long-term process of striving for social stability.

People and businesses are still struggling due to COVID-19. Their savings and capital, as well as the State’s funds, are running out, he said.

He highlighted the challenges that the economy will face in the near future, including inflation, global energy price rise, production input increase, and the downward spiral of the stock market.