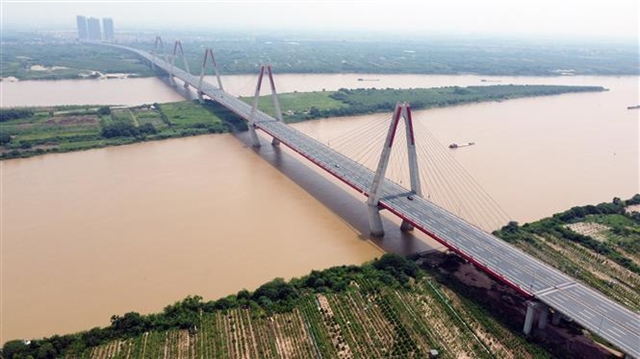 HÀ NỘI — The Ministry of Finance has recently submitted a plan for public debt management to the Prime Minister, estimating total government debt between 2020 and 2024 at a maximum of VNĐ2 quadrillion (US$87.6 billion).

It will cover the Central budget deficits of around VNĐ1.3 quadrillion, repay about VNĐ612 trillion of government debt, and allocate approximately VNĐ117 trillion of ODA loans to localities and public units.

The Government will need to take out a loan of nearly VNĐ674 trillion in the 2022 fiscal year to cover the Central Budget deficit of VNĐ450 trillion, repay VNĐ196 trillion of government debt, and allocate VNĐ27 trillion of ODA loans.

As State Budget deficits are expected to increase by VNĐ240 trillion in 2022 and 2023 to support socio-economic recovery, Việt Nam’s public debt is forecast to hit 46-47 per cent of GDP in 2024, and the ratio of government debt to be no more than 24 to 25 per cent of State revenue.

Recently, central banks worldwide have raised interest rates and implemented contractionary monetary policies. Notably, the US Federal Reserve has decided to hike its rates for the first time since 2018.

Economic expert Cấn Văn Lực was concerned that the moves would have a noticeable impact on the Vietnamese economy from Q4/2022 and create upward pressure on USD/VNĐ exchange rates, increasing the debt burden denominated in USD.

Accordingly, he urged the Government to keep a close watch on external debts every time the US Federal Reserve adjusted its rates up and called on the State Bank of Việt Nam to proactively and flexibly manage the foreign exchange market to keep inflation and exchange rates stable. — VnExpress News