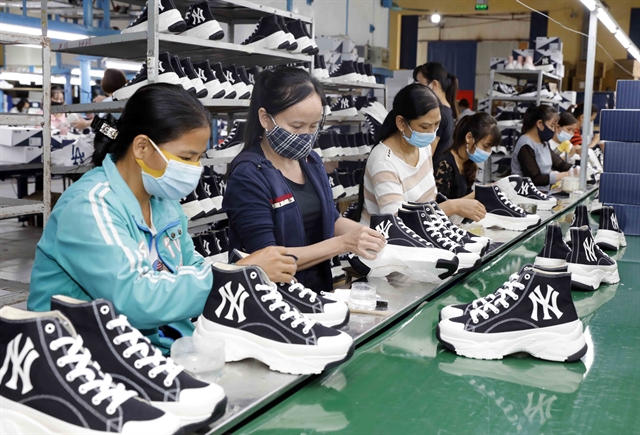 Nguyễn Phước Hưng, vice chairman of the HCM City Business Association said that Việt Nam’s exports would continue to outperform the region by benefiting from cost competitiveness and a number of major free trade agreements.

The trade deals the country had signed had opened up access to countless markets, he said.

Despite a major outbreak of COVID-19 last year exports rose by 19 per cent to US$336.3 billion for a trade surplus of $4.08 billion, he pointed out.

Foreign investment is also forecast to pick up this year, according to Hưng.

Most small and medium-sized enterprises still lack labour and capital.

Enterprises should be prepared to deal with unexpected hurdles like the rising oil prices and long-term impacts of the sanctions on Russia by diversifying export markets, Hưng said.

They should embrace digital transformation and e-commerce.

“The imports of raw materials face delays due to the conflict and increases in transportation costs.

“My company has shifted to buying domestic raw materials to cut costs and transport time.”

As of the end of last year the country had 854,000 enterprises, and the number was on the rise, he said.

The services and tourism sectors are expected to recover this year since the country has announced a road map to reopen the tourism industry starting on Tuesday and plans to remove most entry restrictions for visitors.

International flights have resumed, an important factor in the recovery of tourism and business investment.

Removing problems hindering public and private investments, and providing financial support to small businesses were needed to speed up recovery, he said.

The economy was very likely to achieve the targets set for this year, but it was very important to accelerate public investment in key projects, he warned.

It was also important to control land prices, he added.

Experts said the Russia-Ukraine conflict was unlikely to have a significant direct impact on Vietnamese businesses, but warned they must prepare for the long-term impacts.

International organisations are optimistic about the recovery of the Vietnamese economy with Fitch Ratings being the most upbeat, saying it is set to grow by 7.9 per cent this year and 6.5 per cent next year. — VnExpress News