Ministry of Finance to get privately-placed bonds back on track 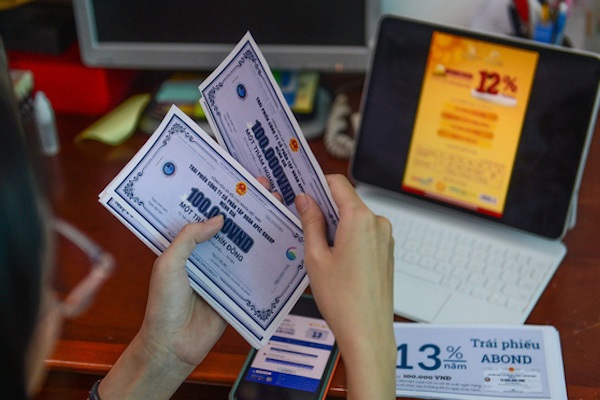 HÀ NỘI — The Ministry of Finance (MoF) is suggesting amendments to Decree 153 on corporate bonds, tightening up on privately-placed bond issuance.

The Minister of Finance, Hồ Đức Phớc, revealed that MoF is drawing up several proposals for the Decree 153 and will submit the proposals to the Government soon.

The decree would be modified to raise the bar on professional and individual investors and keep bond offerings in check.

MoF is also planning to establish a separate trading market for privately-placed bonds to improve transparency and better supervise this fund-raising channel.

Once the market comes into operation, all privately-placed bonds will be registered and deposited at the Vietnam Securities Depository and traded on stock exchanges.

Tạ Thanh Bình, director of the Securities Market Development Department under the State Securities Commission, said that it does not matter how many bonds individual investors hold but whether those investors are decent.

She believes stricter criteria for “professional investor” status would partly solve the problem since substandard investors can manoeuvre around the criteria to get their hands on privately-placed bonds.

“Stricter criteria are not enough. We also need regulations that crack down on those who assist substandard investors in manoeuvring eligibility criteria,” Bình said.

She also urged the authorities to speed up the establishment of a secondary market where corporate bonds are registered and traded on the Hà Nội Stock Exchange.

“A secondary market for corporate bonds is about to kick off. She revealed that it would be an official, centralised and transparent market that helps the authorities better manage corporate bonds,” she said.

Nguyễn Quang Thuân, chairman and general director of the FiinGroup, underlined the crackdown on Tân Hoàng Minh’s notorious case as a good sign for the bond market in long-term.

He recommended bond issuers acquaint themselves with standardisation and transparency to prepare for a highly regulated market in the future.

“The bond market might face difficulties today, but not so in the long-term. He explained that firms always need bonds to finance their projects as bank loans alone are never enough,” he said.

The chairman suggested that issuers be allowed to use the proceeds to invest in stocks and carry out M&A. Otherwise, the market would halt because capital cannot flow.

He also proposed that unprofitable firms with positive cash flows be eligible for bond offerings since many firms suffer losses in the short term to be profitable in the long term.

Lê Hồng Liên, Manager of Investor Relations at Techcombank, called on lawmakers to give bond issuers more time to adapt to the proposed regulations, so they would not be caught off guard.

“The draft should give a longer time frame and treat different types of bondholders differently,” she said.

According to the MoF, individual investors held 30 per cent of all privately-placed bonds issued in 2021, second only to banks with 44.7 per cent. Regarding primary issuances, realty firms offered no bonds in April. — VNS