The second Rolls-Royce pledged as collateral by former FLC chairman Trinh Van Quyet failed to attract any bid Tuesday and it will go under the hammer again later this month.

Two other FLC-related vehicles will also be auctioned alongside the Rolls-Royce Phantom.

With no one registering to participate in the auction of Quyet’s Rolls-Royce Phantom Tuesday, the owner, Orient Commercial Bank, will set a lower starting price for the four-seater in the second auction, auction house Minh Phap said in a statement.

Its first starting price was VND28 billion ($1.13 million). It cost Quyet an estimated VND51 billion in 2015 and he had pledged it as collateral for a loan taken by FLC Land.

Two other assets related to FLC, Quyet’s Rolls-Royce Ghost and the FLC Albatross yacht, have also failed to attract any buyer in previous auctions.

They car will be auctioned for the third time on November 17 at the starting price of VND9.4 billion, down 6% from the first auction.

The yacht will be auctioned for the second time on November 21 at the starting price of VND34.67 billion, down 3% from the first auction.

Quyet and two of his sisters are being investigated for fraud following their arrest for alleged stock market manipulation in March and April. 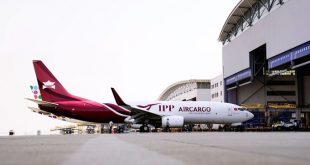