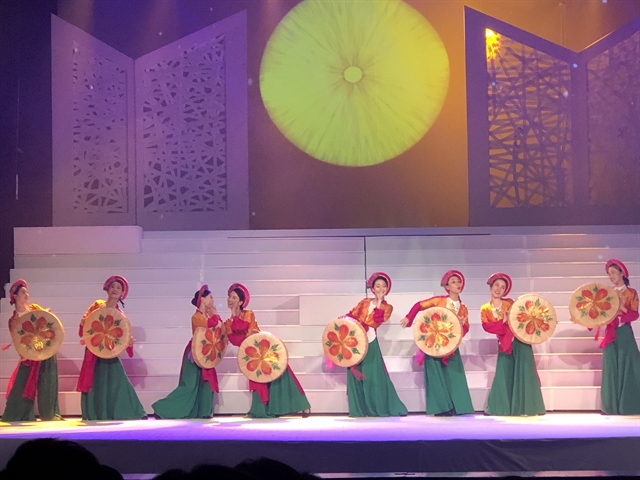 Xuân Quỳnh, the much-loved poetess of the 1980s, has been brought to life in a highly-anticipated musical by Tuổi Trẻ (Youth Theatre) in Hà Nội.

Xuân Quỳnh’s life echoed her name ‘Moon Cactus’ or Queen of the Night flower, which is known to briefly bloom before fading and dying a few hours later — a perfect metaphor for the poetess who died too young.

Sóng tells of the life, loves and aspirations of a ballerina-turned-poetess whose poems are so loved and often recited by Vietnamese to this day.

For a nation that loves poetry and music so much, it was surely only a matter of time for a Vietnamese adaptation of the western musical genre.

And that time seems to have come.

Over the course of the two-act musical, you could see the life of a talented young woman who flourished both on stage as a ballerina and off stage as a poet.

If you have been following the ongoing crisis between the Russian Federation and Ukraine over the past few weeks, sitting in Hà Nội’s Opera listening to announcements in Russian seemed strange. The sound of the language was somehow eerily connected to current events. At first, it was thought to be a mistake of the backstage manager.

But it was part of the musical showing scenes when Việt Nam was still at war, and the art troupe was bringing Vietnamese art to the world via stages of the then Soviet Union starring Xuân Quỳnh at centre stage.

People love musicals for their excellent music against the extravagance of costumes, dance and bright lighting design.

The stage director and designers managed to add in a colourful hat dance, a wedding and the tiny city apartment that gave birth to all the great poetry and a stage-play created by Xuân Quỳnh and her husband Lưu Quang Vũ during their 14 years living together before they died in a tragic car accident that pains the public more than 30 years later.

“I studied in the same class as their child,” said my companion, who wanted to hear more of Xuân Quỳnh’s beautiful poems put to music.

After Vietnamese society became more integrated into the world and the number of English-speakers rose, the western musical became more and more loved among domestic audiences. Young musicians have also been writing songs in the genre.

Starting as a talented young ballerina, the musical tells of Xuân Quỳnh’s life and artistic endeavours and how she fell in love with a violinist and got married.

The marriage of dance and music made Xuân Quỳnh happy until she felt drawn toward a less visual, more in-depth art. She stopped dancing, started writing and moved to work as an editor in a publishing house. The more her career flourished, the less happy her marriage became, ending in a divorce.

The new inspiration in her life was a talented young poet. Together they penned the best and most touching poetry about the post-war era, the power of love, the agony of their generation’s ideals and the collapse of idolised figures.

While Quỳnh flourished in her poetry about a women’s loving embrace, she also touched the lives of those around her with simple, profound messages that only poetry can convey. 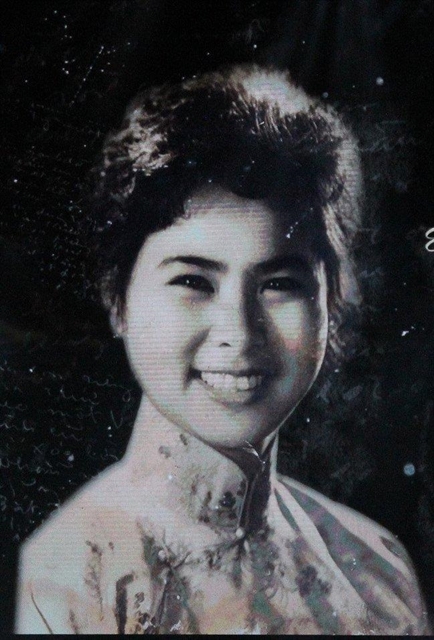 It’s hard for the audience to see Sóng as a product of pure imagination and entertainment, as the time and setting is not so long ago, and the hardships and ideals of the era have, partly at least, been revived today.

The stage setting was creatively designed, and the lighting added dimensions, colour and nuances to the otherwise monotonous scenery of the time. 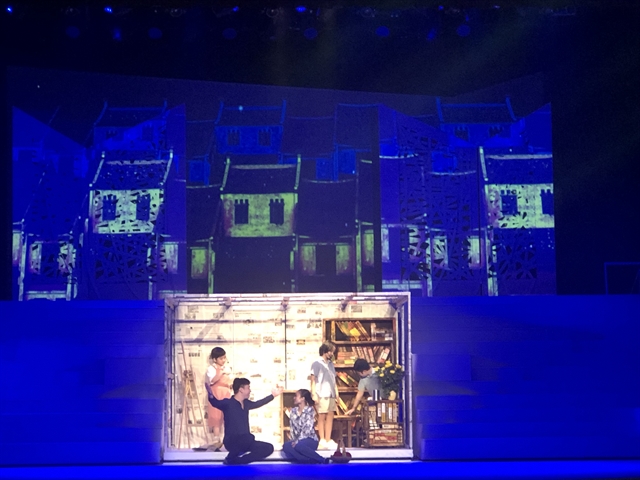 Cao Ngọc Ánh, director of the musical, said: “The script uses many verses from Xuân Quỳnh’s famous poems, which touched everyone who loved her works.”

On seeing the play, it is fair to say that more of her great poetry turned to music would have been much welcomed.

The musical used two music hit songs written by composers Phan Huỳnh Điểu and Hữu Xuân set to a poem by Xuân Quỳnh, which while making viewers familiar with the work, also somewhat lost the authenticity of the original music.

Sóng the musical was directed with Vũ Minh Ly, stage directed by Duy Anh with Triều Dương as musical director, Chí Trung as theatrical advisor, and Minh Thùy as scriptwriter.

Sóng will premiere at Hà Nội Opera on March 18, with another showing the next day. VnExpress News