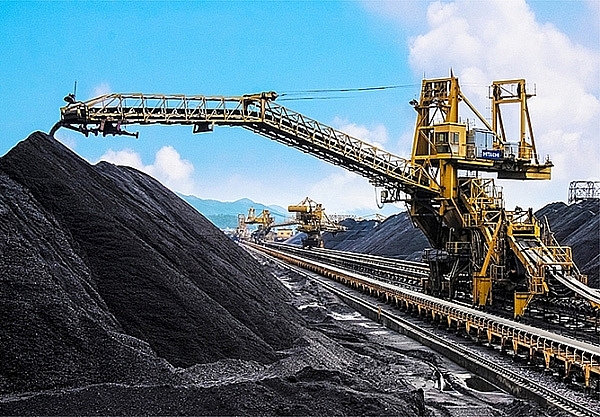 MoIT said in its Document No 1225/BCT-DK that in accordance with signed coal sale and supply contracts, especially BOT thermal power plants using domestic coal to avoid compensation for stopping thermal plants, the groups must keep production as committed in the signed contracts.

The MoIT also requested Việt Nam Electricity (EVN) to direct the National Load Dispatch Centre (A0) to have a dispatch solution, notify the monthly updated mobilisation plan to the owner, and invest in coal-fired power plants to promptly arrange coal sources for electricity production.

Previously, the ministry received several documents from coal-fired power plant investors reporting that Vinacomin and Đông Bắc Corporation did not supply enough coal in the first two months of 2022 as per the purchase contracts.

In February, the total volume of coal supplied by Vinacomin and Đông Bắc Corporation to EVN’s coal-fired power plants was 69.24 per cent of the volume signed, and much lower than the demand of the plants.

Vĩnh Tân 1 BOT coal-fired power plant was not supplied with enough coal according to the supply contract signed at the end of 2013, which may lead to the Vietnamese side having to compensate due to the shutdown.

Vinacomin made a written explanation about the reason for not recently supplying enough coal for electricity production, citing the impact of COVID-19 leading to a shortage of staff at coal mines,

The Russia-Ukraine conflict was also a remarkable development affecting the international energy market, it said.

The price of oil and gas in the global market is increasing rapidly.

The gas futures price for April delivery at the TTF hub in the Netherlands increased to $3,639.1 per 1,000cu.m.

Transporting fuel by all modes of transport was also difficult due to sanctions, including seagoing coal ships, limiting the volume of coal circulating in the market and increasing the international coal price to an unprecedented record.