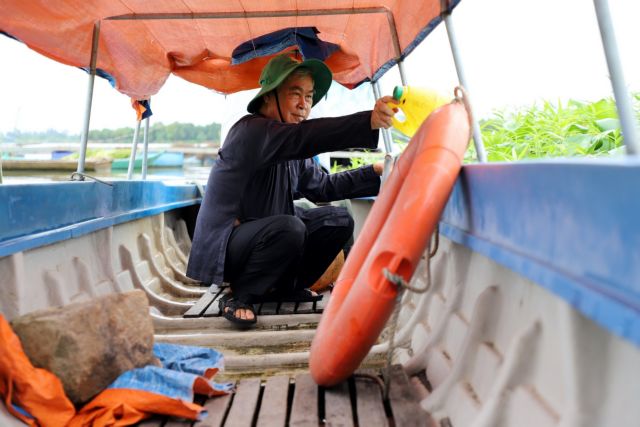 HÀ NỘI — Local residents in Đông Định Isle Hamlet in southern Đồng Tháp Province always seek out Nguyễn Văn Thuận, also known as Tám Thuận, and his “river ambulance” when they need to go the hospital or have an emergency.

Thuận, a member of the Executive Committee of the Red Cross in Tân Thuận Đông Commune, has been transporting patients in need of emergency treatment for more than 10 years.

Many people can see the poster that reads ‘Free ambulance boat’ with his two phone numbers on the gate of the local cultural house, so he is easy to reach.

Đông Định Isle Hamlet is among one of four hamlets of Tân Thuận Đông Commune, with more than 700 households. To get to Đồng Tháp General Hospital, the closest medical facility, local people have to go through two water routes, and then travel by road to the hospital.

Transporting patients in emergencies to the hospital for medical support is vital to saving lives.

Thuận saw people’s difficulties and wanted to do something to help. 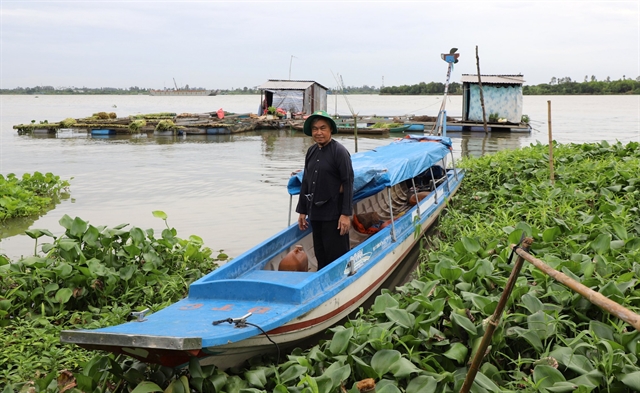 After more than ten years of operation, Thuận and his team have transferred over 900 people to the hospital.

In 2008, Thuận asked the local authority to raise funds and buy a second-handed motorboat to transport patients to Cao Lãnh City, shortening the travelling time for patients.

His phone number is publicly available and operates 24 hours a day. Thuận has mobilised more volunteers to join him to bring sick people to the hospital for free.

The team take turns to be on duty so that they can be available around the clock. The cost of boat operation and machine maintenance, which is nearly VNĐ5 million per year, is handled by Thuận’s family and various benefactors.

The team has helped many serious cases reach the hospital on time.

Nguyễn Văn Đáo, who lives in Đông Định Hamlet, said his wife was rescued thanks to Tám’s team.

“My wife was sick. She had a high fever and she couldn’t breathe. Thanks to Thuận and his team, my wife was hospitalised and received medical treatment in time,” he said.

“Many people in the hamlet remember his phone number so that they can call him immediately when they need to.”

Thuận said his team conducted between 70 and 80 tips on average every year.

After more than ten years of operation, Thuận’s team has transferred more than 900 people to the hospital.

Many people have contributed to his fund. In 2019, Thuận decided to buy a new composite boat with the capacity of three tonnes and equipped with necessary items and a lifebuoy. The new vehicle can take people to the hospital more safely.

He also built a small bridge to easily facilitate the transfer of patients from the shore to the ambulance boat.

In recent years, Thuận has passed on his mission to his two sons, Nguyễn Quốc Việt and Nguyễn Bình Tây, and his neighbour Le Văn Hùng.

“Nobody knows when they fall may into illness, so we go when people need us. As long as we can save lives in time, we are happy,” Việt said.

Thuận said during the years of transporting patients, he has encountered many special cases. He has mobilised people to help patients such as by providing treatment costs for poor patients, donating rice and other necessities, and repairing houses.

“His idea of transporting patients by motorboat has contributed to saving people’s lives,” he said.

Now aged 80, Thuận has never stopped helping others and had been awarded a merit certificate by the Prime Minister for his good deeds. — VnExpress News