Mekong Delta expressway closed for construction, to reopen next month 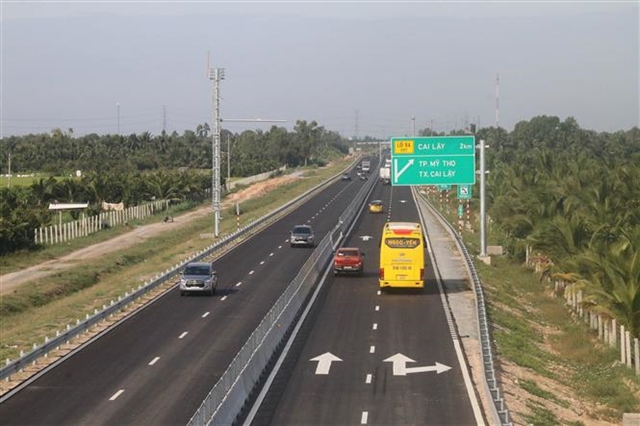 HCM CITY – The Trung Lương-Mỹ Thuận Expressway will be closed from February 11 for completion and official inauguration next month after being temporarily used to handle the Tết (Lunar New Year) holiday crowds, according to the BOT Trung Lương-Mỹ Thuận Joint Stock Company.

Some remaining works would be completed, probably by the end of March, before it opens for good, the main contractor building the expressway said.

Between January 25 and February 9 an average of about 28,100 vehicles used the expressway daily, and this partially resolved the overcrowding on the Highway No.1 section in Tiền Giang Province.

The four-lane expressway runs between Tiền Giang Province and Cần Thơ City in the Cửu Long (Mekong) Delta and cost more than VNĐ12 trillion (US$519 million) to build.

It is an extension of the existing HCM City-Trung Lương Expressway and part of the eastern section of the North-South Expressway, and has a length of 51.5km.

It will reduce travel time between HCM City and Cần Thơ to two hours from the current three to four hours. — VnExpress News