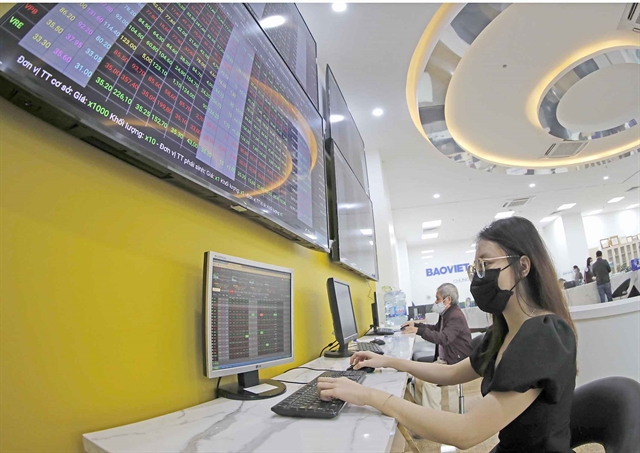 The market’s breadth was overwhelmingly positive with advancers beating decliners by about 718 to 195. Notably, 89 stocks reached ceiling prices while only 13 hit floor prices.

During the session, around 520 million stocks were traded on the southern bourse, equivalent to nearly VNĐ14.5 trillion (US$633 billion).

It is also worth noting that 14 stocks in the VN30 basket finished higher yesterday, five ended flat and 11 slid.

Realty stocks were another contributor to the market pickup with various stocks gaining value. Notably, up to 164 stocks in the sector gained ground whereas the number of losers was just 35.

The trio of stocks in the Vin family – Vingroup (VIC), Vinhomes (VHM) and Vincome Retail (VRE) – gave a mixed performance with the two first staying flat and the latter declining.

Analysts believed that despite low liquidity, rising demand for various stocks, notably banking stocks, has provided an impetus to the market, lifting both indices.

Foreign investors pulled out of the market on Wednesday with a total net selling value of VNĐ250.1 billion. Of which, they net sold VNĐ253.23 billion worth of stocks on HoSE and net bought VNĐ3.14 billion on HNX. — VnExpress News