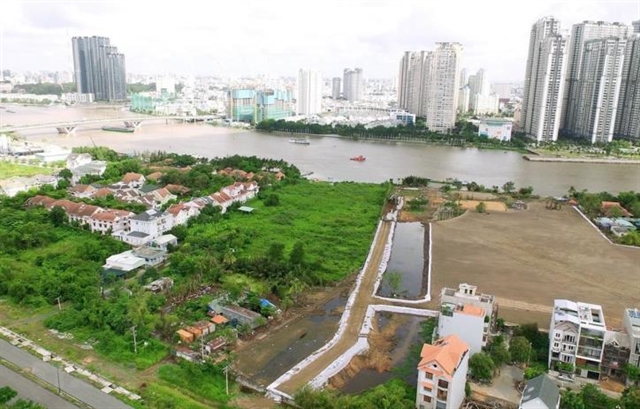 HÀ NỘI — Real estate developer Bình Minh Investment and Trading Company Limited has rejected the purchase of land at Thủ Thiêm New Urban Area, Thủ Đức City, despite initially winning the bid for it at auction. The move comes after Tân Hoàng Minh Group earlier also did not go through with a planned purchase.

After winning a bid to buy the plots spanning an area of ​​5,009sq.m for VNĐ5.02 trillion (US$218 million), seven times higher than the starting price, Bình Minh cancelled the contract, according to HCM City’s Tax Department on February 8.

In a document sent to the department confirming the cancellation, the firm said: “As the COVID-19 situation has affected business operations, there is not enough capital to invest in the winning land lot at the auction.”

Bình Minh is one of four businesses that won the auction for land plots in Thủ Thiêm New Urban Area on December 10, 2021.  The others were Dream Republic Corporation, Sheen Mega JSC and Việt Star Real Estate Investment Co, Ltd., a subsidiary of Tân Hoàng Minh Group.

On January, 10, after winning the auction by bidding at VNĐ2.4 billion ($104,300), the highest price ever per square metre of land anywhere in the country, Tân Hoàng Minh Group Chairman Đỗ Anh Dũng wrote letters to Party and State leaders, saying the company would not go ahead with the purchase.

Lê Duy Minh, director of the City Tax Department, said the first phase of payment, in which winners have to pay 50 per cent for the land, had expired for 30 days, but none of them paid.

The tax authority is still waiting to receive more information from the State Treasury, adding they issued a notice requiring winners to pay within 90 days or they have to pay a fine for the late payment at 0.03 per cent per late day.

Being the first firm to cancel the contract, Tân Hoàng Minh Group announced it was ready to accept all penalties, including surrendering its deposit of more than VNĐ588 billion ($26 million) for its contract cancellation.

There has been no announcement from Bình Minh Company.

According to the HCM City Tax Department, it will take coercive measures such as seizing bank accounts and invoices. In more serious cases, the licence of the firm can be revoked based on the terms of the contract of sale and purchase of the auctioned asset.

The tax office said if the winning companies do not pay or do not fully pay the winning amount by the specified time, the deposit will not be refunded but be remitted to the State budget.

Last month, the State Bank of Việt Nam’s HCM City Branch said that no credit institution had provided loans to the businesses to take part in the Thủ Thiêm land auction.

Deputy Governor of the SBV Đào Minh Tú said this year banks would prioritise lending to the manufacturing sector and those affected by the COVID-19 pandemic such as tourism, transport and hospitality, adding that lending to risky sectors such as real estate, securities and corporate bonds would be tightened more than last year.

Thủ Thiêm Urban Area is located on a 647ha peninsula across the Sài Gòn River from the historic centre of HCM City, according to architecture company Sasaki which has planned work in the area for nine years.

Under Sasaki’s master plan, Thủ Thiêm was designed to be a modern smart urban area with a dynamic, mixed-use central business district to accommodate over 130,000 residents over the next 20 years. — VnExpress News