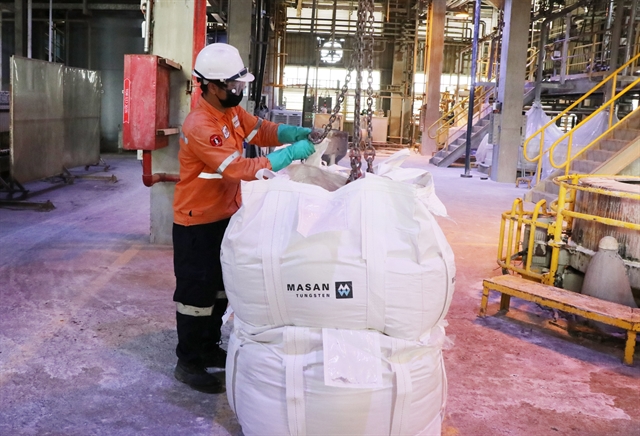 The market benchmark VN-Index on the Hồ Chí Minh Stock Exchange (HoSE) rose 20.79 points, or 1.41 per cent, to 1,492.75 points. The index recovered after falling nearly 30 per cent in the previous session.

The market’s breadth was positive with 266 stocks climbing, while 164 stocks slid. However, liquidity decreased by 26.7 per cent compared to the last trade. Of which 66.4 million shares were traded on HoSE, worth nearly VNĐ19.2 trillion (US$842.5 million).

The benchmark’s recovery was thanks to strong gains in large-cap stocks, with bank stocks rebounding after strong sell-off in the previous session. The VN30-Index, tracking 30 biggest stocks on the southern bourse, jumped 22.29 points, or 1.48 per cent, to 1,527.36 points.

Twenty-seven stocks of the VN30 basket increased, while only three stocks plunged.

Of the top five stocks influencing the index’s rally trend, Masan Group (MSN) was the biggest gainer yesterday with a rise of 5.87 per cent. It was followed by Vinhomes (VHM), BIDV (BID), Vingroup (VIC) and Vietcombank (VCB). These stocks were up at least 1.16 per cent.

During the trading session, investors poured nearly VNĐ1.65 trillion into the market, equivalent to a trading volume of 52.5 million shares.