It increased its contribution to FPT Retail’s revenues from 15 percent to nearly 30 percent in the period.

At the end of June, Long Chau had 678 pharmacies, 278 more than at the beginning of the year.

FPT Retail, a subsidiary of tech giant FPT, expects the pharmacy chain to make a profit of VND50-100 billion this year.

Another major contributor to FPT Retail’s revenues is electronics retailer FPTShop, which saw revenues rise by 31 percent to VND10 trillion. 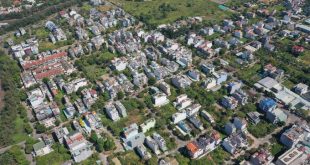