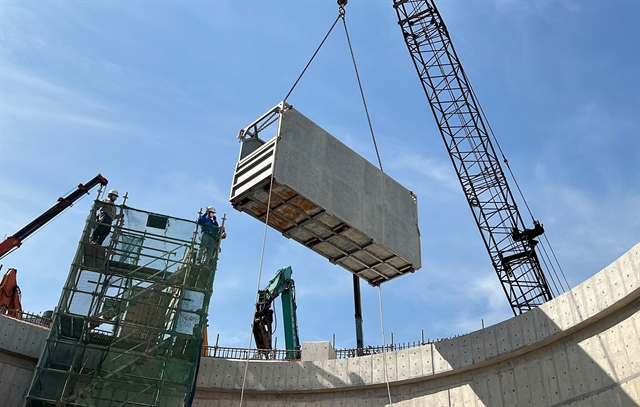 Nguyễn Quốc Hiển, deputy head of the HCM City Management Authority for Urban Railways (MAUR) said on Thursday that construction of the line is 89 per cent complete.

The underground portion on Lê Lợi Street and in front of Bến Thành Market would be finished by April 30, restoring normalcy to traffic flows and the downtown landscape, he said.

MAUR and its contractors are striving to begin commercial operation by next year, he added.

Lê Hòa Bình, standing vice chairman of the city People’s Committee, said meetings would be held every two weeks to assess the progress, quality and safety of the project and resolve any difficulties that arise.

He encouraged MAUR and contractors to make every effort to complete the work on schedule.

It will have 14 stations, three underground and 11 elevated, and run through districts 1 and Bình Thạnh, Thủ Đức city and neighbouring Bình Dương Province.

MAUR has received 11 trains and will take delivery of the remaining six this year.

They can run at speeds of up to 110km per hour on the elevated section and 80km underground.

The line is the first of at least six to be built in the city.

The city will begin construction of line No 2 between Bến Thành Market and Tham Lương Depot in District 12 this year.

It will cost VNĐ47.89 trillion (US$2.1 billion), with funding from official development assistance sources and reciprocal capital from the city.

Scheduled to be completed in 2026, it will be linked with line No 1. — VnExpress News