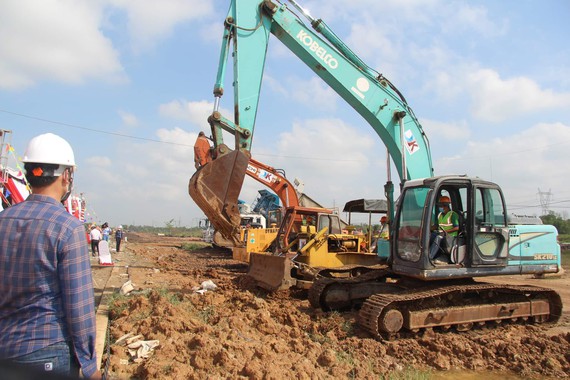 Construction site of provincial road No. 823D that connects Long An Province with neighbouring HCM City and other nearby provinces. Work on the road began last month. — Photo www.sggp.org.vn

LONG AN — The Cửu Long (Mekong) Delta province of Long An will start work on five key transport infrastructure projects worth VNĐ1.6 trillion (US$70 million), aimed at enhancing connectivity in the region.

The projects are expected to boost the province’s socio-economic development by improving connectivity with neighbouring HCM City and other provinces in the southern region, he added.

“The province will accelerate construction of the projects to put them into operation soon,” he said.

The province also targets completion of three ongoing major transportation projects – a beltway in Tân An City, provincial roads No 827E and 830E, and seven other traffic infrastructure works – by 2025.

Work has been completed on provincial road No 830 and 14 other works.

Together they are expected to boost industrial development and to help exploit the province’s potential and advantages as a gateway connecting HCM City, the country’s economic hub, with all localities in the Mekong Delta. — VnExpress News