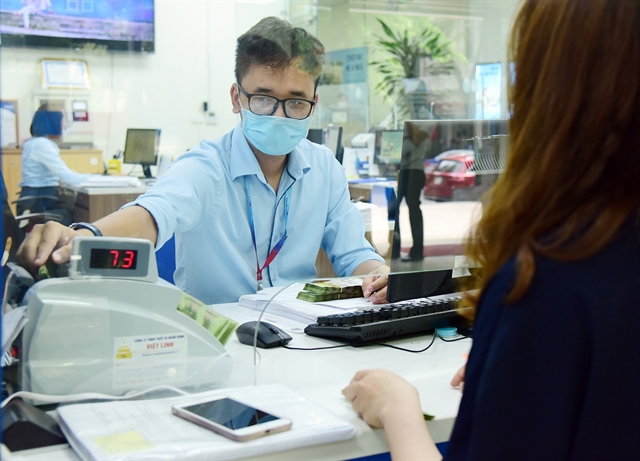 HÀ NỘI — Listed companies are being more careful with their capital mobilisation plans, as the market is in an unfavourable condition and the Government tightens the bond market management.

On the stock exchanges, many listed companies postponed plans to issue shares, bonds and buy back bonds before maturity.

Specifically, Haxaco (HoSE: HAX) temporarily delayed the plan to offer 49.5 million shares to existing shareholders because the market’s movements were not positive, affecting the interests of the company and its shareholders.

Previously, at the 2022 shareholder meeting, it approved a plan to offer shares to existing shareholders to mobilise VNĐ594.2 billion.

As of the end of March 2021, Haxaco had VNĐ582.4 billion in cash and short-term financial investments, accounting for 39.7 per cent of total assets, an increase of VNĐ494.8 billion compared to the beginning of the year.

The company’s debt and convertible bonds rose VNĐ290.7 billion to VNĐ486.4 billion, accounting for 33.1 per cent of total capital. At the beginning of the year, the amount accounted for 15.3 per cent.

Meanwhile, its inventories decreased by VNĐ271.2 billion to VNĐ310 billion.

Recently, Việt Tiến Sơn Real Estate Holding Company (HNX: AAV) agreed on the plan to cancel the bond issuance that was approved on May 11.

The total bond value is up to VNĐ65 billion, with a term of 3 years, to supplement capital for the Residential Area project on the East of Yết Kiêu Street, Chí Linh Town, Hải Dương Province.

In the first quarter of this year, the company only holds VNĐ3.7 billion in cash, accounting for 0.4 per cent of total assets.

Clearly, the corporate bond issuance activities have been stagnant after the scandal of Tân Hoàng Minh Group.

SSI Research said that in the first quarter of 2022, the total amount of issued corporate bonds reached VNĐ61.9 trillion, up 34 per cent over last year, of which most was from real estate businesses, with VNĐ38.2 trillion, equivalent to 62 per cent.

But in April, the volume of issued bonds dropped sharply. Accordingly, real estate businesses only issued VNĐ820 billion worth of bonds, compared to the monthly average in 2021 of VNĐ26 trillion.

In addition, the volume of bond repurchases before maturity in April was VNĐ11.9 trillion, nearly equal to the repurchase volume in the whole first quarter of 2022.

NBB Investment Corporation (HoSE: NBB) has just bought back VNĐ50 billion of bonds issued in June 2021. The execution period was from May 9 to May 12.

As of March 31, NBB only held VNĐ80.3 billion in cash, accounting for 1.4 per cent of its total assets. The repurchase of bonds before maturity reduced corporate debt but at the same time narrows the company’s cash fund.

Previously, on May 19, Gelex bought back a batch of bonds worth VNĐ300 billion.

Within a month, the company organised four rounds of bond repurchases with a total value of VNĐ1.5 trillion.

With an enterprise owning nearly VNĐ14.2 trillion in cash and financial investment, accounting for 23 per cent of total assets like Gelex, the buyback of VNĐ1.5 trillion worth of bonds before maturity has little impact on the capital source, while helping the debt ratio above total assets improve compared to the previous period.

For other businesses, the deferment in raising new capital plans can mean financial difficulties and postponement or the small size of new investment projects. VNS

First Vietnamese grapefruit exported to US