The resumption of normal activities has caused a new surge in coronavirus transmission, forcing many people to take life slowly again.

Nguyen Thi Thu Thuy, 26, who is expecting her first child next week, has had to abandon her dream of having her husband by her side during delivery. He and his parents have contracted Covid-19 from an unknown source and are isolating themselves in their apartment in Hanoi’s Long Bien District.

“Covid patients are everywhere now,” the mother-to-be said, referring to a rising wave of infections that has hit the country since the Lunar New Year holidays ended on February 6 and people returned to work and resumed other normal activities.

Thuy has had to ask her mother to come over to cook and care for her husband’s family because she is almost due and cannot do much work.

“I’m worried about their health and saddened by the unexpected turn of events,” she says.

Many other people have also seen their lives upended by the latest wave of Covid.

After reopening for a short period, many are now making plans with more cautious manners since they have to take care of relatives who have contracted the disease and are coping with mild symptoms at home.

Since Tet (Lunar New Year), infections have steadily risen across the country to reach 47,192 on Sunday, marking a new high in single-day tally.

Though the number of fatalities has decreased and remained under 100 every day, Vietnam is yet to consider Covid-19 a common endemic illness because with increasing and unpredictable public transmission it is still a considerable burden on the healthcare system.

In Hanoi, the current hotspot with over 4,000 new cases a day, Duong Minh Hang is the only one in her family of six who has not been tested positive for Covid.

As the only healthy member, instead of taking care of her relatives, Hang has chosen to isolate herself in her bedroom so that her children, husband and parents-in-law can freely use the rest of the house.

“I have not held my children for nearly a week,” she laments. She also misses having dinner with her family.

For the last several days masks and sanitizers have become an inseparable part of her life.

She disinfects everything her husband leaves outside her bedroom, except for food, she says.

Her washing machine is operating at full capacity since she and the others have to wash their clothes separately.

With some colleagues at work also contracting the disease, she says she has been grappling with stress and anxiety.

“I’ve been vaccinated three times but still have to lock my bedroom at night in case the children rush in”.

During Tet, Nguyen Thuy Ly, 35, also had to isolate herself in her bedroom so that her family, all of whom were infected, could use the living room and kitchen.

“It was a lonely Tet, shutting myself in,” Ly says, adding she felt both lucky and sad, a common feeling expressed by others who have found themselves in the situation of having to “quarantine” themselves from infected relatives.

For parents with young kids who are yet to be vaccinated, the dilemma these days is whether to send their children back to school after a long, tiring period of childcare and ineffective online learning for the kids or risk having their children infected.

As preschool and elementary school children return to school across the country, quite a few have contracted the virus, putting schools on high alert as whole classes are switched back to online mode to contain the spread.

As a result, some parents, like Le Thi Hong Hanh, a mother of a seven-year-old in Hanoi’s Hoang Mai District, hesitate to send their children back to school so soon.

Hanh, 30, says she cannot sleep at night thinking about the possibility of her son contracting Covid.

Adults and older kids are fully vaccinated and can afford to resume normal activities but unvaccinated young ones under 12 like her son are still “vulnerable,” she points out.

When Hanoi announced plans to reopen elementary school and sixth grade classes on February 21, she was in a dilemma and considered keeping her child at home rather than send him to school, she says.

However, to Hanh and other parents’ relief, authorities recently shelved this plan, deciding to keep students on grades one to six in the 12 inner districts at home until further notice because of the increasing public transmission, freezing weather and parents’ lack of support.

In fact, at many elementary schools, only around half the parents agreed to send their children back to school. At many places, support among parents of children in grades one and two was less than 30 percent.

“I would rather quit my job and stay at home with my son for his online lessons rather than send him to school amid this Covid storm,” Hanh says.

In HCMC, where all classes have resumed except for children under three, Hoang Minh Quan expresses concern after his eight-year-old son’s school reported one case of infection within two days of reopening.

He says a few weeks ago he had been excited to send his older boy back to school and felt reassured after being briefed on how the school would react when an infection is detected.

But now he is worried after some of his colleagues’ children contracted Covid and passed it on to their parents.

While admitting that staying at home could affect children’s physical and mental development, he wished the Ministry of Education and Training had stuck to remote learning for a while longer because “children’s safety should come first”.

“Kids are playful and can easily forget to comply with Covid safety measures,” he says, noting many people have contracted the Omicron variant in Vietnam.

So, not willing to take any chance, he has decided not to send his four-year-old son to kindergarten for now, and has asked his parents to help take care of the child.

Other parents are also taking things slowly, waiting for the new wave to subside or their kids to be vaccinated before sending them back to school. 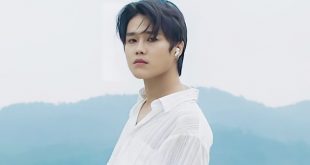