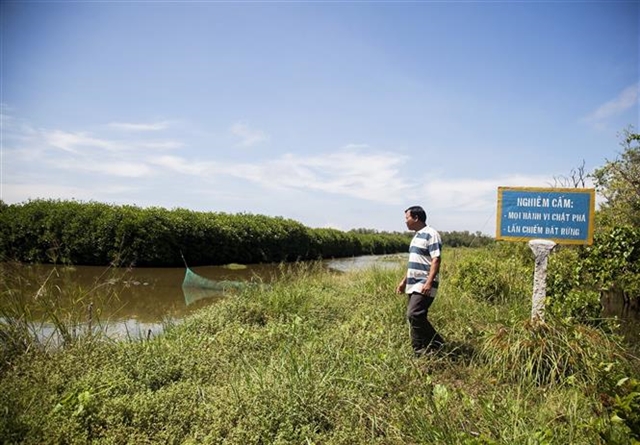 KIIÊN GIANG – Kiên Giang Province has earmarked VNĐ12.3 billion (US$530,000) to protect forests from fires during the dry season this year.

They need to invest in firefighting equipment and vehicles and have adequate human resources to prevent and combat fires in important forests with a high risk.

They will co-operate with relevant agencies and localities to strengthen advocacy to enhance public awareness of forest fire prevention and control and follow safety regulations.

They will instalL warning boards and ban the lighting of fires in forests, and provide weather forecasts and information about fire risks to households to proactively take prevention measures.

Last year the province had eight forest fire cases on a total area of 12ha in Giang Thành District and Phú Quốc City.

Kiên Giang, the largest province in the Cửu Long (Mekong) Delta, has more than 82,650ha of forests and a forest cover of 11 per cent.

It has effectively carried out the task of growing new forests and protecting existing ones in recent years, according to its Department of Agriculture and Rural Development.

It has focused on afforesting coastal areas to prevent erosion and cope with climate change.

It has allocated nearly 9,780ha of forests for local households and forest units to protect and exploit.

It has also planted individual saplings in many other places to improve the overall green cover.

Nguyễn Thanh Nhàn, deputy chairman of the People’s Committee, said the province is mobilising investment from various sources to achieve this.

It has enough seedlings suitable for various localities, he said.

It planted 28,700 trees in non-forest areas last year, exceeding the target by 14 per cent.

It also mobilised the public to plant more than 400,000 trees along embankments and irrigation canals. – VnExpress News