Nine more bodies have been found in a bathroom at a karaoke parlor in Binh Duong Province, taking the death toll of Tuesday’s blaze to 32 so far.

The victims include 17 males and 15 females. Their bodies have been transported to Thuan An General Hospital.

At around 4 p.m., firemen found the nine bodies in bathroom on the third floor of the An Phu karaoke parlor on Trang Quang Dieu Street.

Ho Chi Minh City has sent 15 elite firemen to assist in finding the bodies as the structure of the building has collapsed and its pathways are blocked.

A fire broke out at the karaoke parlor at around 9 p.m. Tuesday night. There were around 70 people in the parlor at the time.

The parlor staff were not able to contain the fire as it caught the soundproof foam mattresses and wooden interiors. Many people were forced to rush to the balcony. Four people were jumping after jumping down from the second floor at a height of 7-8 meters.

It took 40 minutes for 13 fire trucks to put out the fire. 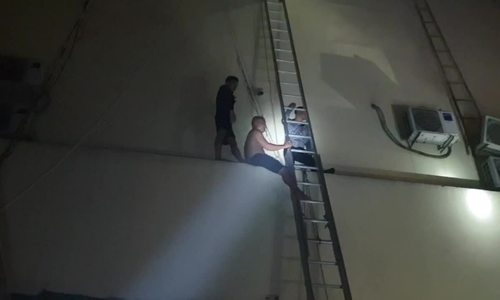 US to increase rotational military presence in Australia, invite Japan

Philippines’ Jollibee in talks to sell a stake in Vietnam’s Highlands Coffee: sources