Kaneya Manabu is humorous, energetic, open and smart when he presents topics on his Hoc TV YouTube channel.

“Hi, this is Học,” is how he often opens his clips. “I’m a Japanese living in Việt Nam. I love Việt Nam very much.”

He started sharing his experiences during the Vietnamese Lunar New Year, including opinions on marriage, getting married to Vietnamese women, reasons why Japanese want to live in Việt Nam and tips on learning Japanese.

Through the clips, he has expressed his passion for Việt Nam and its people, as well as a willingness to help Vietnamese people improve their Japanese language skills. 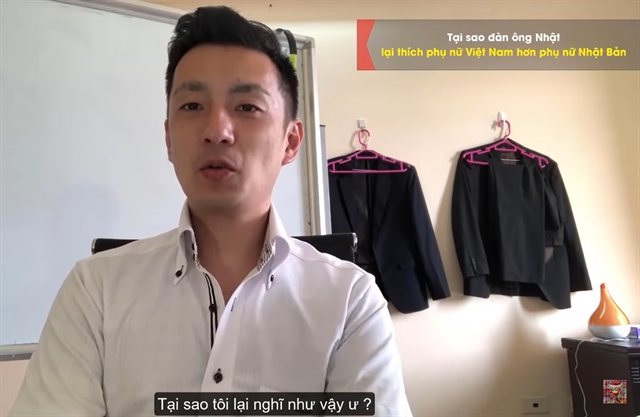 Học (Manabu) appears in a clip. — Screenshot from the clip

He has taken the Vietnamese name Học since he decided to settle down in Việt Nam in 2016.

Born in Saitama, he trained to become a police officer in 1993. After graduating, he was involved in investigating crimes among the Vietnamese community living in his hometown.

In 2012, he was told to learn Vietnamese to improve his work. He had solved many cases and was appointed to be the head of the local police department.

“However, that was not the life I wanted,” he recalled. “My life in Japan was continuous days working under high pressure.” 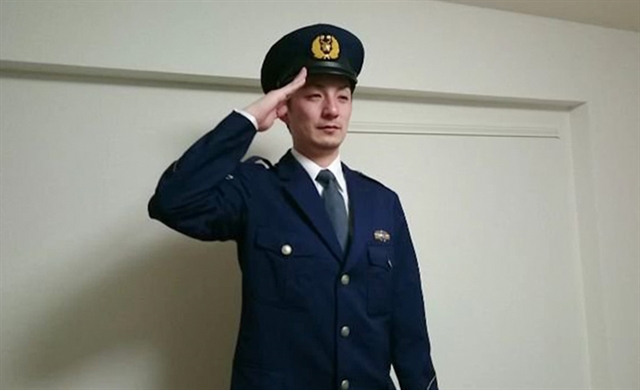 Kaneya Manabu served as a police officer for many years before moving to Việt Nam. —  Photo Courtesy of Kaneya Manabu

He recalled he was unable to sleep, constantly waiting for urgent calls at night.

In 2014, he attended a two-month Vietnamese language class with some of his colleagues at the Hà Nội University of Science and Technology. His first impression of locals was their bright smiles and friendliness.

“People are always smiling,” he said. “I can see the happiness on their faces, which is quite different from Japanese people.”

He returned to Việt Nam many times on holiday and gradually fell in love with the country.

In 2016, he submitted his resignation letter and made a permanent move to Việt Nam.

“Many people thought I was crazy and acted without proper consideration as I left my stable job to go to a strange place,” he recalled. “But I thought carefully.”

“My bosses were disappointed as they were considering promoting me,” he said. “Some of them even called it a ‘betrayal’. My parents fiercely objected to my idea. They didn’t want to see me again.”

A few months later, he found a job as a translator and customer support worker at a company dealing with software in Hà Nội. 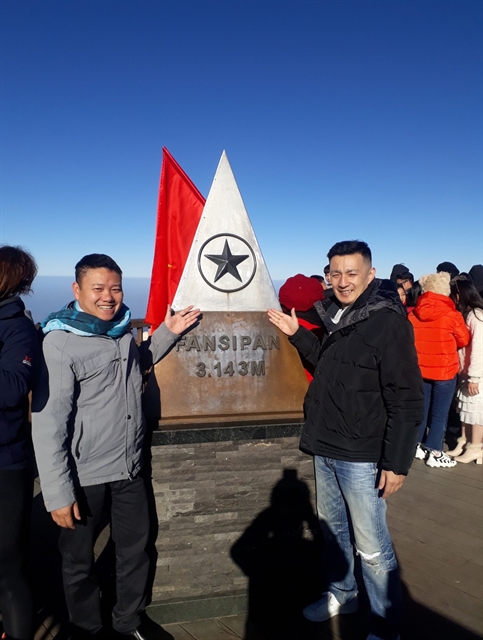 Kaneya Manabu (right) during a trip with his friends to Sa Pa. — Photo Courtesy of Kaneya Manabu

“My first month’s salary was just enough to rent an apartment,” he said. “I had to use my savings for other expenses.”

In order to earn more money, Manabu attended training courses on information technology. He then registered for an MA course on Vietnamese at the Hà Nội National University. His income gradually improved.

“My salary now is enough for all my outgoings,” he said. “I no longer use my savings.”

“Since moving to Việt Nam, I have felt real happiness,” he said. “The life in Việt Nam is so good. I’m not bogged down with any difficulties, though traffic in Việt Nam is more complicated than in Japan.”

“I want to live here for longer, which helped me realise people should live with one another with love rather than jobs and economic burdens,” he said.

In 2019, Manabu started a YouTube channel to share his views and experiences for Vietnamese people living in Japan.

“I want to help Vietnamese people to understand the culture and laws of Japan before working there,” he said. “I hope they will never be imprisoned like the ones I met in Japan when I was working as a police officer. I was obsessed with the desperate eyes asking for help of Vietnamese people caught at the police station many years ago.”

People may find Manabu wandering the streets, filming with a mobile phone and a tripod.

“My first video did not get more than 10 views,” he said. “Gradually, the clips have increased to several hundred views.”

Now his channel has 72,000 subscribers, most of whom want to improve their Japanese skills and understand the culture before moving to Japan.

“Many people left positive comments as well as negative ones,” he said. “They don’t let me down as Việt Nam has taught me to express my feelings instead of hiding them.”

Manabu now has enough self-confidence to drive his motorbike, sit on the pavement to enjoy a local crab soup or haggle when shopping.

He said he has tried all dishes in over 20 cities and provinces he has been to, except mắm tôm (shrimp paste) due to its strange smell. 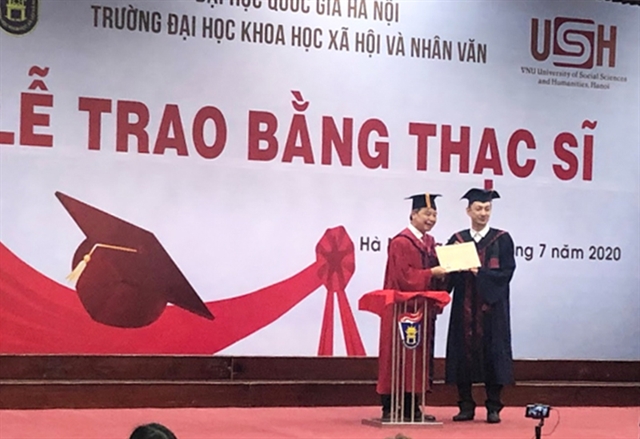 “He understands Việt Nam like a Vietnamese,” said his colleague Vương Xuân Cường. “He is patient, careful and has high responsibility at work. He has a combination between the two countries, which I have never seen in any other Japanese.”

Manabu said when he first arrived in Việt Nam, he felt it was not a foreign country.

“That’s like a spiritual feeling but I really felt something peaceful and tranquil,” he said.

Manabu visits his parents twice a year, who urge him to find a Vietnamese girlfriend.

He makes a new clip every week, hoping to inspire more people with his happiness in Việt Nam. — VnExpress News