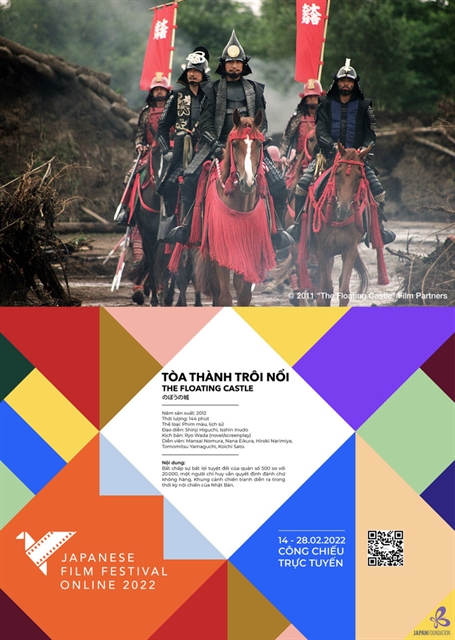 Poster of The Floating Castle, a historical film produced in 2012 by directors Shinji Higuchi and Isshin Inudo. (Photo courtesy of theorganiser)

HCM CITY— The Japanese Film Festival 2022 in Việt Nam by the Japan Foundation Center opens online from February 14 to 28.

Highlighted films include The Floating Castle, Under The Open Sky, Time of Eve, The Movie, Bread of Happiness, Ozland and Rashomon.

It tells the stories of Japanese soldiers and people in the Japanese Civil War from 1868 to 1869.

The film highlights Japanese history and culture through the two forces of the ruling Tokugawa Shogunate and warriors seeking to return political power to the Imperial Court. 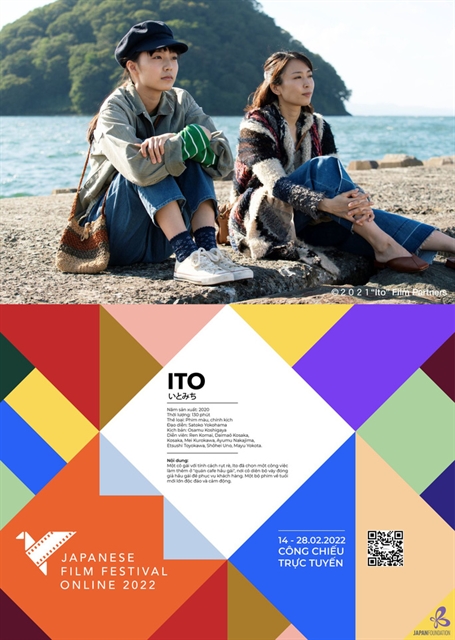 The Japanese Film Festival 2022 in Việt Nam by the Japan Foundation Center opens online from February 14 to 28. (Photo courtesy of the organiser)

Director Miwa Nishikawa’s Under the Open Sky, produced in 2021, is a drama featuring the life of a member of the Yakuza, a Mafia-like criminal organisation in Japan, who decides to leave his group for a new life.

The organiser hopes the film festival will introduce a taste of the Japanese film industry as well as the country’s history, culture and lifestyle to Vietnamese audiences.—VnExpress News