HÀ NỘI — Organisers of the “Princess Anio” joint-opera project between Japan and Việt Nam have announced the main actors and actresses.

The project celebrates the 50th anniversary of diplomatic relations between Japan and Việt Nam.

The main actors and actresses who will take part in the project are singers Đào Tố Loan and Bùi Thị Trang (female soprano) for the role of princess Anio, while two male tenors, Kobori Yusuke and Yamamito Kohei will take the role of Japanese businessman Araki Sotaro.

According to Yamada Takio, Japanese ambassador to Việt Nam, the opera is based on a real story of the love of Japanese merchant Araki Sotaro and Princess Ngọc Hoa [called Princess Anio by Japanese] in Hội An, Việt Nam, during the trading era of the Shuinsen in the early 17th century.

During the Nguyễn Dynasty in Việt Nam, Princess Ngọc Hoa was the daughter of Lord Nguyễn Phúc Nguyên who reigned from 1613 to 1635. 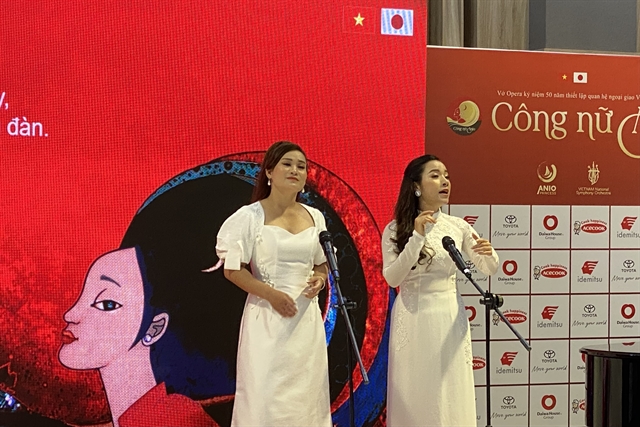 Since ancient times, Japan and Việt Nam have had a strong relationship as reliable and equal partners. By making an opera based on this, the project aims to create a work that will become a symbol of the deepening relationship between the two countries.

In the story, Araki goes to Hội An to trade and meets the princess. They fall in love and get married. In 1620, he takes her to Nagasaki, where locals like her due to her beautiful appearance and gentle character.

She calls him “anh ơi, anh ơi” in Vietnamese, so locals nickname her Princess Anio.

Conductor Honna Tetsuji is the general director for the project, while Trần Mạnh Hùng is the composer.

Oyama Daisuke was the playwright for the Japanese, while Hà Quang Minh wrote the Vietnamese.

The ambassador hopes the opera will become a cultural work signalling the importance of the 50th anniversary and help people understand the age-old close ties between the two countries.

“Four hundred years ago, there existed a good relationship of the two equal partners with mutual trust,” he said. “Through this opera based on a real story, we want to create an artwork, which is like a bridge to enhance two countries’ relations in 50, 100 and many more years.”

The production team will continue to cast artists for other roles.

Singer Đào Tố Loan graduated from VIệt Nam National Academy of Music in 2014. She got a master’s degree in performing in 2016. She sings opera, traditional semi-classical, folk and pop. She has received various domestic and international prizes.

Bùi Thị Trang (Trang Bùi) works as a singer at the Việt Nam Opera & Ballet Theatre. In 2018, she took a master’s degree in vocal performing at the Việt Nam National Academy of Music. She has acted in the main roles in various opera projects such as The Magic Flute (Mozart), Carmen (Bizet), Người Tạc Tượng (Statue Carver) (Đỗ Nhuận) and Les Miserable (Victor Hugo). 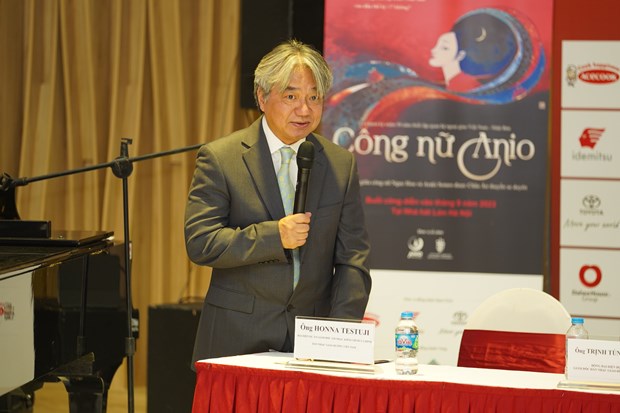 Artist Kobori Yusuke graduated with the highest scores in the vocal field and opera vocal training course at the Japan National Academy of Music. He has joined various training programmes in Italy and Canada.

Artist Yamamoto Kohei graduated with an MA and the highest scores from the Tokyo Arts University. He has won various national and international prizes. VNS