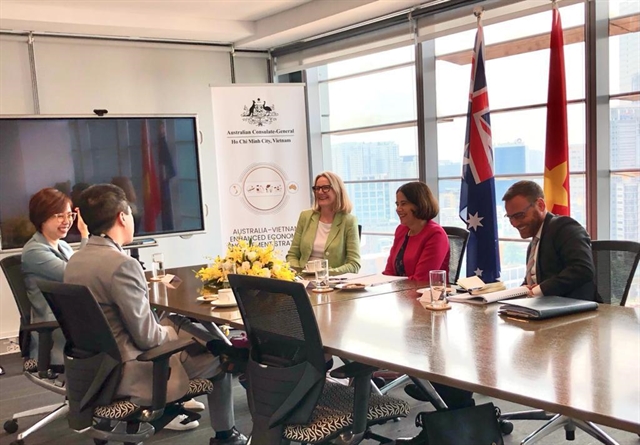 HCM CITY — The Australian Government has committed A$4.9 million (US$3.53 million) of investment in Việt Nam’s venture fund Ascend Vietnam Ventures (AVV) to assist local start-ups, according to the Australian Embassy in Việt Nam.

Addressing a ceremony to announce the funding in HCM City on Tuesday, Australian Ambassador to Vietnam Robyn Mudie said that the investment aims to realise Australia’s commitment to helping strengthen the capacity of young entrepreneurs, including women entrepreneurs, in expanding their business scale and making a positive influence on the environment and society.

Việt Nam is one of the strongest growing economies in Southeast Asia with outstanding achievements in developing women-led enterprises, she noted.

Mudie noted that women-led firms have been adversely impacted by COVID-19 pandemic, holding that the fast growth of Việt Nam will bring about great chances for women entrepreneurs to optimise their potential.

The ambassador said that the investment will contribute to realising priorities of the Australia-Việt Nam Enhanced Economic Engagement Strategy, thus doubling the bilateral trade and reinforcing Australia’s efforts in supporting Việt Nam to upgrade itself from a marginal market to an emerging one.