It’s time to promote the development of REITs: association 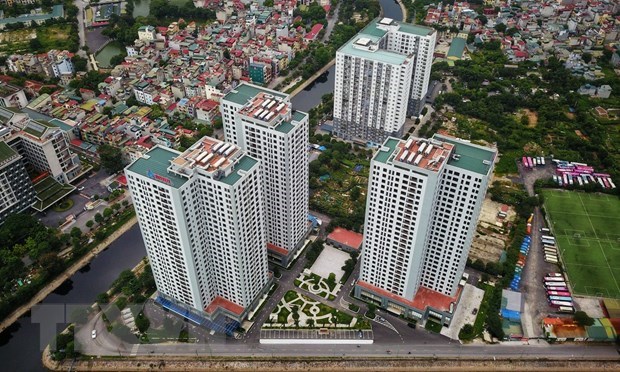 It was necessary to improve the legal framework for REITs so that investors could feel secure in investing. — VNA/VNS Photo

HÀ NỘI — Việt Nam needs to improve the legal framework to promote the development of real estate investment trusts (REITs) to add capital to the property market while bank credit and corporate bond issuance were being tightened.

The tightening of bank credit and corporate bond issuance would force them to look for alternatives and REITs were predicted to become more popular as a capital raising channel for developers, the association said.

The association said that REIT would help promote healthy development of the real estate market naturally, adding that projects with high potential would attract cash flow from REITs. For individual investors, REIT certificates were a safe investment.

The US REIT market reached $1.3 trillion, representing a rise of nearly 30 per cent, after five years. Nareit, one of the leading REITs in the US, posted growth of 29 per cent in 2021.

In the US, REITs started from 1960s while this type of investment has not been popular in Việt Nam due to a lack of detailed regulations, the association said.

In Việt Nam, the first and only REIT listed was TCREIT established by Techcom Capital Joint Stock Company, which saw its net asset value increase by 27 per cent in 2021.

Other REITs were mainly of foreign companies such as Indochina Capital, Vinacapital, Saigon Asset Management and Dragon Capital.

The association said that investing in REITs was not popular because the regulatory framework had not been completed and investors were still hesistant to pour money in this new channel.

However, REITs provided a safe investment channel for investors, the association said.

REITs were new to investors in Việt Nam and the legal framework for the operation of REITs remained incomplete, pushing investors to face high risk when there were problems, such as disputes, Đạt said.

When investing in REITs, investors should study carefully the profitability, risks and legality, he said.

It was necessary to improve the legal framework for REITs so that investors could feel secure in investing, Đạt stressed.

Đoàn Văn Bình, Deputy President of the Việt Nam Real Estate Associatoin, said that developing a medium and long-term capital market for the real estate market, including REITs, was important to reduce dependence on bank credit and help the financial system to develop in a more balanced direction.

According to the Việt Nam Association of Realtors, REITs in the US attracted 145 million people to invest, created nearly $98 million worth of income in returns, generated 2.9 million jobs and incomes worth a total of $197 billion.

Việt Nam was among around 40 countries with REITs in operation. — VNS