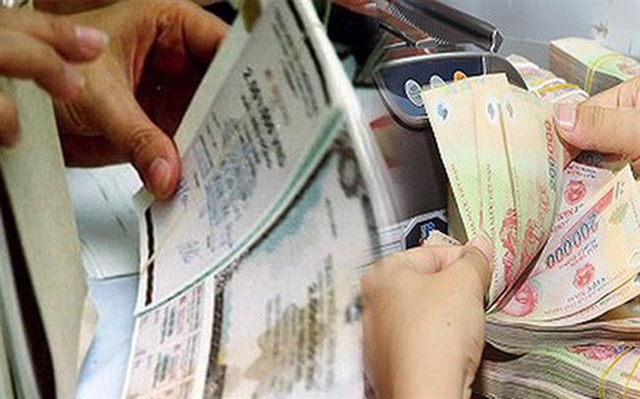 Alarm bells are ringing since Evergrande, the second-largest real estate company in China,  found itself on the line due to overl-everage on the bond market. — Photo vneconomy.vn

HÀ NỘI — Company commitments to bond guarantees always carry the risk of being declared null and void by law, with bondholders bearing the full brunt of a bond default, according to Nguyễn Minh Ngọc, chairman of investment consulting firm BCIB.

Ngọc noted that some parent companies had been trying to make bonds more appealing by buying their own subsidiaries’ bonds and reselling them on the secondary market with a pledge to guarantee in case of default. Numerous investors had fallen for these misleading offers.

A pledge to guarantee would not make these bonds any safer since only licensed commercial banks are eligible to carry out guarantee operations in Việt Nam. That means bonds guaranteed by a parent company are not immune to default and bondholders are not fully safeguarded against money loss.

Several investors also mistake securities underwriting for bond guarantees. They buy corporate bonds with a false belief that if issuers fail to honour their debts, underwriters would do so instead.

Securities underwriting means an underwriter’s commitment to sell as much as possible of a security offering. Such a commitment has nothing to do with the commitment to repay and underwriters are not legally bound to any principal repayment.

The chairman of BCIB is also concerned that a lot of individuals have been participating in the bond market just to jump on the bandwagon. Those investors lack background knowledge in the field and some are not able to calculate even basic bond prices.

As a result, they buy corporate bonds on the ground of prevailing sentiments and falsely expect that their investments will always yield profits. In reality, these investors normally end up suffering losses.

Undoubtedly, it was the investor misconception that played a part in fueling market risks.

Trần Lê Minh, Hà Nội branch manager of Dragon Capital Vietfund Management, said he hoped mass defaults would occur to help investors wake up to the risks of the market and become more cautious about this investment channel.

“The Vietnamese bond market is not the sort of market where anyone who wants to issue bonds is capable of repaying these bonds,” warned the branch manager.

Corporate bonds have become an important fundraising channel for firms in the last three years. The market accounted for around 15 per cent GDP by late 2021.

Last year, over VNĐ500 trillion (US$22 billion) worth of bonds were issued via private placement, accounting for around 94.5 per cent of total bond issuance.

To keep a tight rein on the market, the Ministry of Finance (MoF) has been developing a draft circular to amend and supplement Circular No.153.

The draft is expected to give rise to a separate market for bonds issued via private placement.

According to the draft, any issuer who has completed a private offering must register for the transaction on a bond trading system at the Stock Exchange within 30 days from the date of completion.

The MoF believes a separate market for private-offered bonds will reduce risks and keep the corporate bond market in good order, but Ngọc thinks otherwise.

Ngọc said the authority was on the wrong track as the move was about public offering, not private placement. He suggested a ban on private offerings to individual investors in both primary and secondary markets.

Individual investors who are interested in corporate bonds must invest in those bonds via bond funds, balanced funds or life insurance company funds. The growth of these funds would boost the growth of financial markets and reduce overall market risks, the chairman added.

“Private offering documents are not required to be examined by any authority. The development of a separate market for private-offered bonds would fuel market risks accordingly,” Ngọc said.

Ngọc also believes the draft article that prevents firms from issuing bonds to buy shares, bonds of other firms or lend them capital is problematic. According to the chairman, the right to lend money to other firms is constitutional as long as the lender is not a loan shark.

If a healthy firm is allowed to raise capital through bonds and use the proceeds to buy out ailing firms and loss-making projects, it could help restructure the economy more efficiently.

“The draft would prevent Vietnamese firms from participating in the economic restructuring process. Meanwhile, we have been welcoming foreign capital to flow into this process. That means the playing field is tilting in favour of foreign investors and the economy is running the risk of being dominated by foreign capital,” the chairman said.

Khổng Phan Đức, chairman of Vietinbank Capital, stressed that the draft was barking up the wrong tree.

According to Đức, the authority should tighten up on collateral, preventing firms from putting up inflated shares as collateral for bond issuances.

The authority should also crack down on the practice of parent companies establishing subsidiaries and designate these subsidiaries as representatives of bondholders.

‘Having over VNĐ2 billion in one’s portfolio does not necessarily mean they are professional,” Đức said. — VnExpress News.