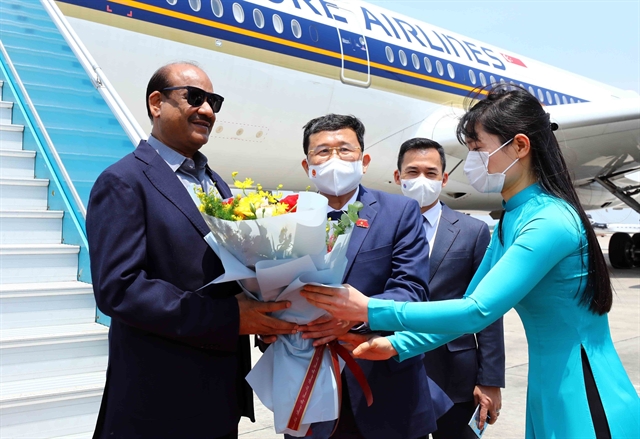 A welcoming ceremony for the Indian lower house speaker is scheduled to take place at the NA building this afternoon.

The visit is made in the context that the Việt Nam-India Comprehensive Strategic Partnership has been growing strongly with high political trust and close relations between the two legislatures.

It is one of the major political events between the National Assembly of Việt Nam and the Indian Lok Sabha to celebrate the 50th founding anniversary of Việt Nam-India diplomatic ties (1972-22).

It aims to further reinforce the Việt Nam-India Comprehensive Strategic Partnership, maintain high-level delegation exchanges between the two countries and their legislative bodies, and implement bilateral cooperation activities within the agreement signed between the Vietnamese NA and the Indian Lok Sabha in September 2016. — VnExpress News