In Đồng Nai, many inland container depots remain on paper years after approval 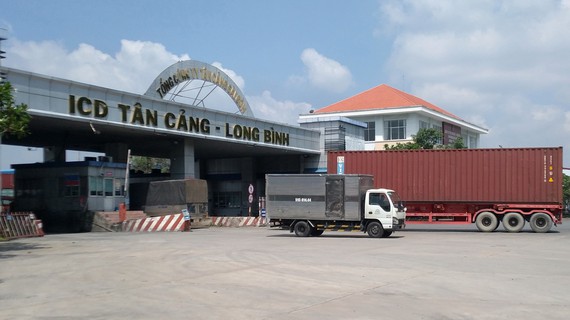 ĐỒNG NAI — The southern province of Đồng Nai has optimal conditions for building inland container depots, but while many have been approved they remain on paper.

The province has 13 rivers and canals with their total length exceeding 2,300 kilometres, and demand for waterway transport is huge, all ideal for developing ICDs.

Since 2018 the province has received the Ministry of Transport green light for eight ICDs, three in Biên Hòa City, two in Nhơn Trạch District and the others in Long Thành, Trảng Bom, and Long Khánh.

They have a container throughput of 3.4-4.3 million twenty-foot equivalent units (TEUs), and will fully meet demand from ports in HCM City and Bà Rịa-Vũng Tàu Province.

The remaining six have not been completed.

The sluggish progress has been blamed on inadequate transportation, lack of roads between ports and difficulties related to investment procedures and land acquisition and compensation.

The 180-hectare Phước An ICD in Nhơn Trạch District, for instance, was approved in 2009, but the place where Phước An Port is to be built is currently a vast paddy field with a handful of workers reportedly filling some aquaculture ponds. Tens of hectares of the ponds have yet to be filled, Sài Gòn Giải Phóng newspaper reported.

In 2020 the provincial government approved the Long Thành ICD in the district of the same name. A 22-hectare port was planned to be built by Long Thành Logistics and Warehouse JSC, but the project has yet to begin. – VNS