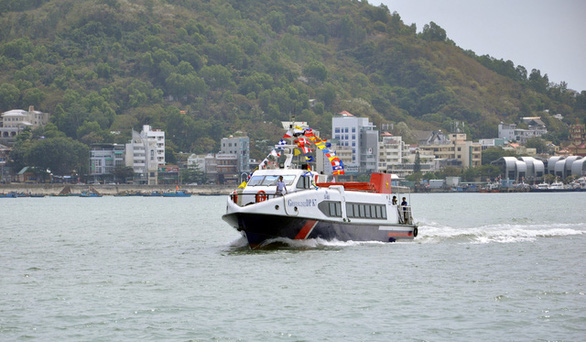 High-speed boat services between HCM City and the provinces of Tiền Giang and Bến Tre are expected to start operating later this year. Photo courtesy of dulich.tuoitre.vn

HCM CITY – High-speed boat services from HCM City to the provinces of Tiền Giang and Bến Tre and back are expected to start operating in the third quarter this year.

The HCM City Department of Transport has worked with counterpart agencies in Tiền Giang and Bến Tre to organise the new waterway routes.

The service will start from Bạch Đằng Wharf in District 1 or the Sài Gòn and Nhà Rồng wharves in District 4. The boats will sail on the Sài Gòn River, Nhà Bè River, Soài Rạp River, the Vàm Cỏ River, the Chợ Gạo Canal and the Tiền River… to ports and inland waterways in two Mekong Delta provinces.

Tiền Giang and Bến Tre Province are 110km and 120km away from HCM City.

The schedule for the high speed boat service will be adjusted by relevant agencies after assessing actual needs.

The boat routes are likely to be operated by the Saigon Tourist Company, DP Green Technology Company and Thường Nhật Company at reasonable prices to attract tourists.

Each company mentioned have prepared two boats accommodating from 75 to 151 guests each.

The high-speed boat service is expected to run from 6am to 6pm daily at first.

In addition to the two routes, HCM City is looking into the possibility and feasibility of operating another high-speed boat service from HCM City to Côn Đảo Island. – VNS