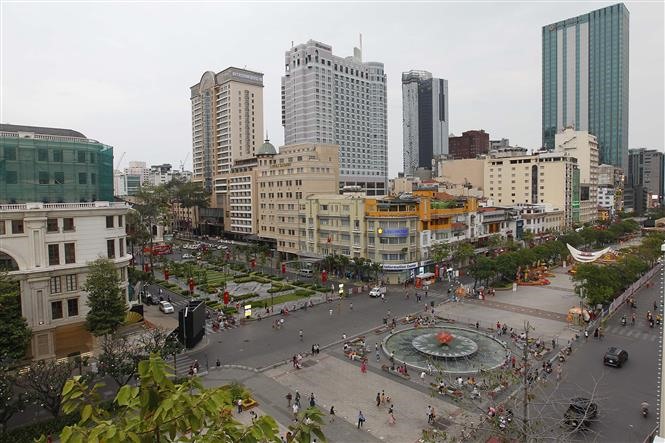 In the fourth quarter of 2021, the total office supply in HCM City was over 2.4 million square metres. Photo laodong.vn

HÀ NỘI — The market for leasing offices in HCM City is improving with the bright spot being combined offices as a viable and cost-optimal solution, according to Savills Vietnam.

Từ Thị Hồng An, director of the Commercial Leasing Department for Savill Việt Nam, said the information technology industry was the most dynamic group of tenants, looking for rental space in all three office grades.

Despite tight supply, rents have barely increased as the absorption rate for small offices is slowing.

The hybrid working model is also gaining ground. According to An, co-working is growing slowly, while the hybrid working form is receiving attention from business owners after a long period of social distancing.

An said with limited supply in central areas of HCM City, the combined office model was a feasible method to optimise operating costs while still meeting requirements such as office amenities, employee satisfaction and business performance.

The combined office model brings benefits to those businesses that need expansion but faces limited supply. It also creates sustainable value ​​for businesses to adapt to changes after the pandemic.

For the prospects for the office market, according to Savills Việt Nam, by 2025, the office market will have a new supply of 550,000m2 of floor space from 21 projects; including 11 projects outside the centre accounting for 48 per cent of the total area.

There will be four large-scale Grade A office projects entering the market from 2023, with an average floor area of ​​67,000 square metres per project, accounting for 49 per cent of the total future supply.

FocusEconomics forecasts that Việt Nam’s GDP growth will be 6.9 per cent each year from 2022 to 2024. Meanwhile, the Centre for Human Resource Forecasting and Labour Market Information of HCM City has estimated that if the pandemic is well controlled, the city this year will need 310,000 jobs, mainly for trade, real estate and electronics manufacturing industries.

These industries, along with the information technology and communication sectors, accounted for the majority of foreign direct investment in 2021.

These industries will become key industries having a high demand for office space. With positive economic forecasts for 2022, the demand for locations building co-working offices is expected to grow.

In the fourth quarter of 2021, the total office supply in HCM City was over 2.4 million square metres, relatively stable quarter-on-quarter and up 5 per cent on the year.

With 84 per cent of total new supply in 2021 from non-central business district areas, growing 9 per cent year-on-year, the trend of moving offices out of the centre is set to continue.

Grade B supply grew the fastest at 6 per cent year-on-year, followed by Grade C with 5 per cent.

New large-scale projects in non-CBD areas, which had difficulty finding tenants in the past two years, improved once social distancing ended.

Although the pandemic affected the office market, this segment still gained positive performance in 2021.

The occupancy rate in 2021 will reach 90 per cent, down 3 percentage points year-on-year while the average rental price decreased 3 per cent to about VNĐ715,000 per square metre per month. All three grades had a reduction of 1 per cent year-on-year on average last year.

The demand for office space mainly came from enterprises in the distribution, information technology, communication and manufacturing industries. — VnExpress News 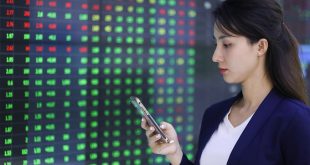