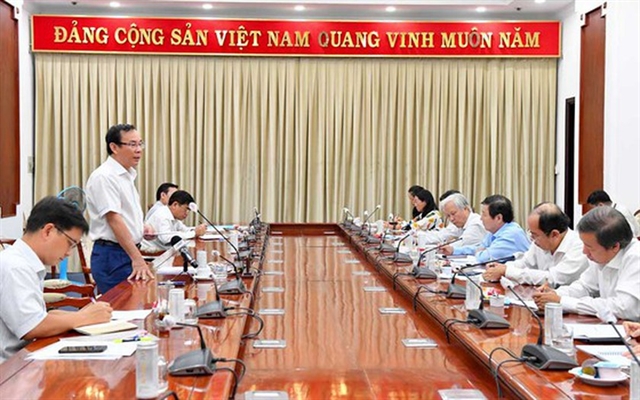 HCM CITY — Việt Nam’s southern region has recorded more than 39,300 dengue fever cases so far this year, including 36 deaths, 20 of which were children aged 15 and under.

Among the infections, nearly 1,200 were severe cases, according to Doctor Lương Chấn Quang from HCM City’s Pasteur Institute.

HCM City was the hotspot with around 12,000 cases and eight deaths, followed by the provinces of Bình Dương, An Giang and Đồng Nai, which have all witnessed an increasing number of infections, according to Quang.

The districts of Bình Tân, Tân Phú, Bình Chánh, Hóc Môn and Củ Chi along with District 12 had the highest infectious cases.

The wide spread of the disease has been caused by the shortage of chemical insecticide, and a lack of funding and personnel for dengue prevention and control, Quang said.

At a meeting held on Wednesday afternoon, Secretary of the Municipal Party Committee Nguyễn Văn Nên called on the city to strengthen measures against dengue fever before the peak of the dengue fever period by killing mosquitoes and mosquito larvae along with environmental sanitation in residential areas.

The city’s health sector is required to advise and organise training sessions for medical systems at all levels, community health facilities, medical stations and hospitals to raise awareness of disease prevention and treatment.

Moreover, it is essential to strengthen instructions so that residents know how to detect and identify symptoms of dengue fever and promptly go to the hospital, minimising the risk of death from the disease.

Vương Ánh Dương, deputy head of the Ministry of Health’s department of medical examination and treatment, said HCM City had seen a 50 per cent increase in cases from the same period last year.

Nguyễn Hữu Hưng, deputy director of the city Department of Health, said there could be more outbreaks in the south if drastic measures are not taken. — VNS