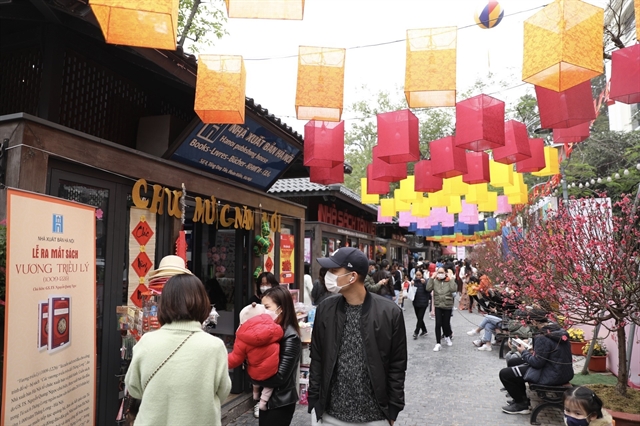 HÀ NỘI — The capital city of Hà Nội served over 105,000 tourists during the nine-day Lunar New Year (Tết) holiday which lasted from January 31 to February 6, according to the municipal Department of Tourism.

Tourists were mainly local residents and those from adjacent localities. Most were small groups and families.

According to the tourism department, during the holiday, cultural destinations in the city are still temporarily closed while many popular spring festivals like Sóc Temple festival, Đống Đa festival or Tản Viên Sơn Thánh festivals have been halted due to COVID-19.

All disease prevention instructions and regulations have been strictly observed at tourist destinations. Most visitors followed the Ministry of Health’s 5K message, including wearing face masks, keeping a safe distance, and washing hands regularly.

The average occupancy of rooms in 1-5-star accommodation units was estimated at 22.4 per cent, up 6.1 per cent over the same period in 2021. — VnExpress News