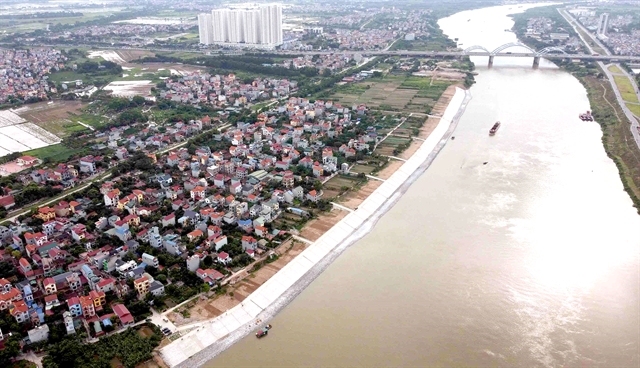 The aim of the proposal is the development of the northern and the western part of the capital, to create growth and a new look for urban development in the capital.

The move came about after the Party Committee of the capital People’s Committee submitted a report evaluating the Hà Nội Capital Region Master Plan, which was issued and implemented in 2011. The report proposed some new adjustments to the plan, with the goal of putting local people at the centre.

The capital has also considered developing urban areas on both sides of Ring Road No 4 to effectively exploit land, helping surrounding areas to develop.

The capital is also considering the establishment of another airport in the southern area of the capital.

However, the capital currently only has Nội Bài International Airport, which has a capacity of about 25 million passengers per year. This is much lower than other capitals around the world.

A representative of the Hà Nội’s Planning and Architecture Department told Tiền Phong (Vanguard) newspaper that the proposals are under consideration.

In addition to urban planning, the mechanisms of the new cities near the capital are expected to promote and create momentum for development, he said.

“They are just initial ideas,” he added.

The city will consider the ideas based on the specific analysis and assessment of the socio-economic impact and the contribution of the new model to the capital’s development, he said.

The model of setting up a “city within a city” has been successfully applied in HCM City, he said.

Ngô Trung Hải, Vice President of the Việt Nam Urban Planning and Development Association, said he applauded the model of “city within a city”.

It is a modern and advanced model, he said.

However, Hải said the most important thing is to build a suitable operating mechanism and legal corridor to provide motivation for new developments.

That is the shortcoming that Thủ Đức City under HCM City has been faced so far, he said.

“The operating mechanism is extremely important,” he said.

It is necessary to carefully assess the legal and scientific basis of the new model, he said.

“Why do we propose to place a new city in the northern or western part of the capital? What will we get from the areas?” he said.

“This is an issue that should be analysed very carefully because it is related to the requirements and criteria for urban development,” he said.

Based on that, there will be a more complete assessment of the model of “city within a city”, he said.

“Does Hà Nội need a city like Thủ Đức City in HCM City?” he said.

“In my opinion, it is something we should think very carefully on.” — VnExpress News