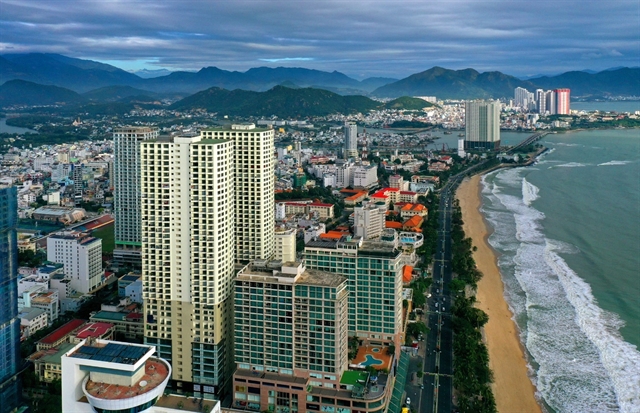 HÀ NỘI — The Government has begun an action plan to develop the central coastal province of Khánh Hòa into a leading tourism and agriculture hub over the next eight years.

Among the targets for 2025, this resolution aims at gross regional domestic product per capita of VNĐ104 million (over US$4,500), an urbanisation rate of 65 per cent, non-agricultural workers accounting for 77.97 per cent of the local workforce, and a rate of trained workers at 85 per cent.

To make this happen, Khánh Hòa needs to step up digital transformation, effectively capitalise on resources, and boost economic restructuring in a way that maximises potential and advantages to develop the maritime economy, high-tech processing and manufacturing industry, logistics services, the energy sector, and tourism, according to the Government’s action plan.

It will have to maintain sustainable industrial development which will serve as the main growth driver for the province to become a centre for the maritime economy and high-tech industry of the southcentral region, the Central Highlands, and Việt Nam as a whole.

In agricultural development, large-scale concentrated farming will be promoted with increased application of scientific and technological advances. This process will be carried out in tandem with new-style rural area building.

Meanwhile, Nha Trang should be developed into a tourism city, the tourism area in the north of Cam Ranh Peninsula into a national-level site, and the Northern Vân Phong area into a world-class maritime tourism city.

The province also needs to boost tourism connectivity with others in the southcentral region, the Central Highlands, and the country at large. Those moves are expected to help turn Nha Trang – Khánh Hòa into a leading tourist destination in Southeast Asia.

The action plan also pointed out the necessity to develop uniform, modern, and inter-connected socio-economic infrastructure, especially transport infrastructure, while strengthening the province’s ties with other localities nationwide. — VnExpress News