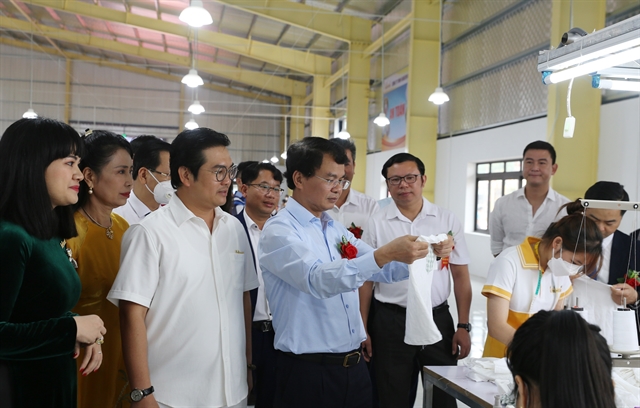 LÀO CAI — The first phase of a garment and embroidery factory opened its doors in the northern mountainous province of Lào Cai on Thursday.

The factory will create jobs for 500 local workers and export up to 1.5 million products of pants and shirts annually to foreign countries in the first phase.

This is the third factory of the enterprise in the country. The two others are already operational in northern Hải Dương Province.

In his speech at the ceremony, Hoàng Quốc Khánh, Permanent Vice Chairman of the provincial People’s Committee, praised the company’s decision to build its factory in the locality.

The opening of the factory was appropriate to the current situation as the locality had many labourers who had lost their jobs due to the COVID-19 pandemic, he said, adding that the factory’s operation would help create jobs, contributing to ensuring the province’s social security.

Dương Thị Phương Hiền, General Director of Babeeni Vietnam Co said that the opening of the third factory in Lào Cai would help her firm surpass the VNĐ800 billion mark in revenue from children’s clothing embroidery in 2022.

The enterprise would continue to invest in equipment and machinery to expand production and create an additional 2,500 jobs for local people.  — VnExpress News