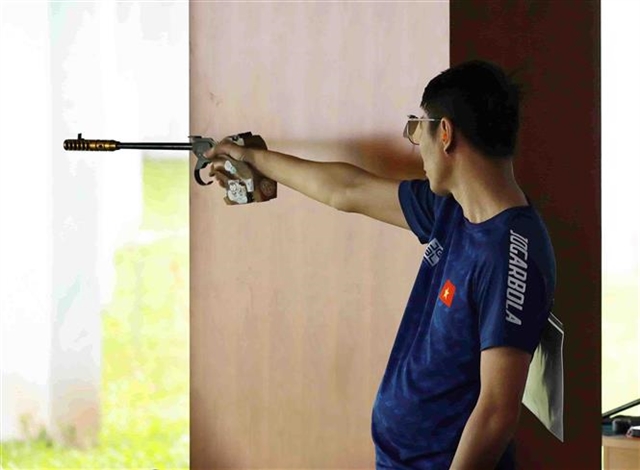 HÀ NỘI  — Athletes in shooting, canoeing and chess were winners at the 31st SEA Games on May 17 morning in Hà Nội.

After six attempts of 10 bullets, the 48-year-old shooter grabbed 548 points, surpassing Naung Ye Tun of Myanmar (546) in second and Boriphat Jariyatakone of Thailand (545) in third place.

“My result is not as good as it was in practice and previous competitions. However I am happy with the gold medal,” said Cường who was on top of the podium again after seven years.

Cường will retire after this Games.

She beat Riska Andriyani of Indonesia and Thet Phyo Naing from Myanmar.

They were behind the team from Thailand, while Indonesia were third.

Sơn defeated Tin Jingyao of Singapore in the last round while Nguyên beat Gong Qianyun, also from Singapore at the Quảng Ninh Province’s Exhibition of Planning and Expo Centre.

There were five teams with four athletes each competing in the 20.8km race.