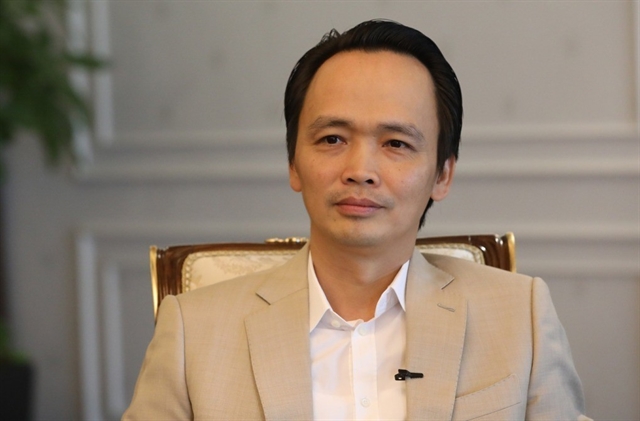 Trịnh Văn Quyết, chairman of the board of directors of the FLC Group Joint Stock Company. — VNA/VnExpress News Photo

HÀ NỘI — Trịnh Văn Quyết, chairman of the board of directors of the FLC Group Joint Stock Company and one of the richest men in Việt Nam, was arrested on Tuesday afternoon for “manipulating the stock market” and “hiding information in securities activities”.

The arrest was announced by Lieutenant General Tô Ân Xô, chief of office and also spokesperson of the Ministry of Public Security, today afternoon.

The stock manipulation case in question occurred on January 10 this year, causing damage to investors and affecting the operation of Việt Nam’s stock market.

The investigative agency said that Quyết’s behaviour was sufficient to constitute the crime of “manipulating the stock market”, specified in Article 211 of the Penal Code.

On Tuesday, the Investigation Police Department of the Ministry of Public Security issued a decision to begin legal proceedings against Quyết.

They also searched residences and workplaces of related people across 21 locations.

Quyết sold 74.8 million FLC shares on January 10 but did not report or disclose information before performing transactions as per regulations.

His act had caused great public uproar and seriously affected the stock market’s transparency and stability.

Immediately after that, the State Securities Commission of Việt Nam (SCC) has decided to block Quyết’s securities account to prevent other acts that did not follow regulations.

The SCC also directed the HCM City Stock Exchange (HoSE) to cancel Quyết’s transaction of selling 74.8 million shares of FLC on January 10. Refunds are made for purchases.

He also received additional punishment of a five-month suspension from securities trading activities.

This was not the first time Quyết sold shares illegally. Although he is the top leader of the FLC Group, in 2017, he sold 57 million shares without announcement. At that time, the SCC imposed an administrative penalty of VNĐ65 million ($2,800) on him for this violation. — VnExpress News