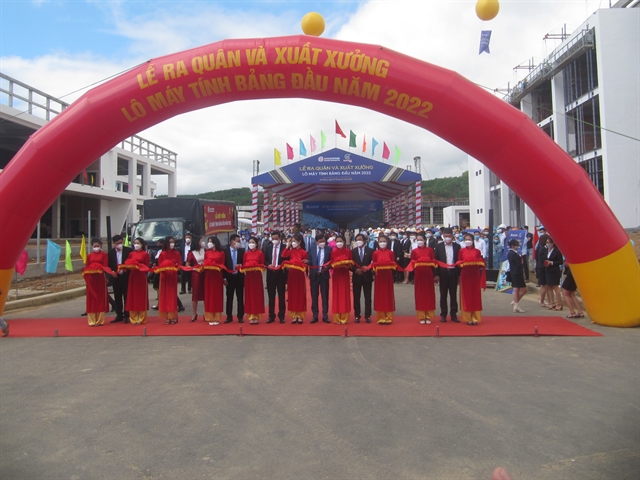 Participants at the introduction of the first tablets produced at the Đà Nẵng IT Park. The tablets herald the first locally-made electronic product by Trung Nam Group, for domestic and export. VnExpress News Photo Công Thành

ĐÀ NẴNG — The first locally-made Xelex tablets have rolled off the production lines of the Trung Nam Electronic Manufacturing Services in Đà Nẵng’s IT Park, just two months after an agreement for the production of 100,000 tablets between Trung Nam Group and Xelex Corporation was signed.

The introduction of the made-in-Đà Nẵng tablets, which will provide for online education programmes of school students, will spark the operation of electronic production lines from five factories at the IT Park in February and promises an estimated revenue of VNĐ5 trillion (US$217 million) for Đà Nẵng in 2022.

“We’ll put into operation the first two plants with 20 surface-mount technology (SMT) lines, creating 2,000 jobs in March, while three other plants will be reserved to attract investment in electronics and telecommunications,” Thảo said.

“The first manufacturing lines will help speed up the digitalisation process in Đà Nẵng with an ambition of building it as a ‘smart city’ with a digital economy and administration in the coming years,” he said.

Thảo added the first phase construction on the 20ha Data centre and R&D Zone, in partnership with Singapore’s Infracrowd Capital, will begin to complete the framework of Đà Nẵng IT Park.

Last November, Trung Nam and Singapore’s Infracrowd Capital agreed to develop a green data centre – the first-ever Tier 3 Plus standard – in Đà Nẵng’s IT Park worth US$100 million. 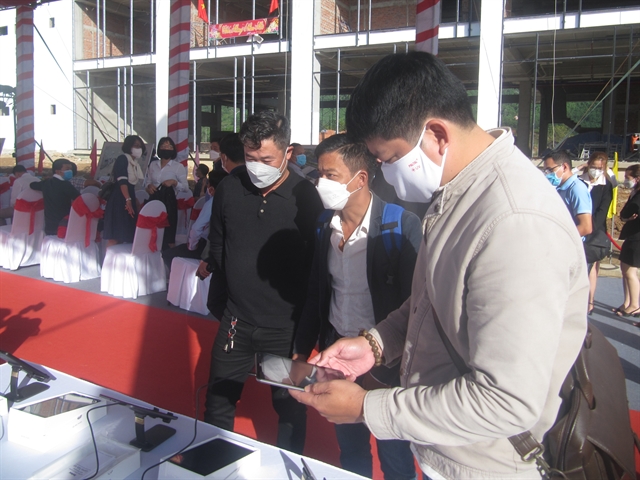 The Đà Nẵng Information Technology Park – the third national IT-centralised zone and the first in central Việt Nam’s ‘Silicon Valley’ – has been designed thanks to drawing investment from the US, South Korea, Japan, Taiwan and Singapore.