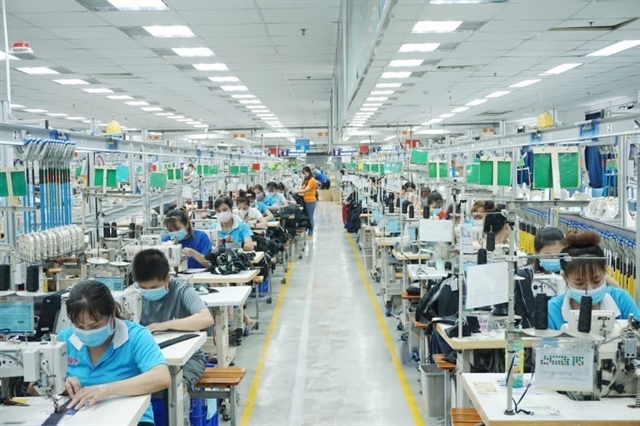 HÀ NỘI — Foreign investment is the silver lining in Việt Nam’s economic picture amid the adverse impacts of the COVID-19 pandemic on the national and global economy, said President of the Việt Nam Association of Foreign Invested Enterprises (VAFIE).

VAFIE released an annual report on foreign investment in Việt Nam last year at a meeting in Hà Nội on Tuesday.

The report was made with the co-operation of KPMG Vietnam that provides independent audit services and the support of the Foreign Investment Agency under the Ministry of Planning and Investment, Fiin Group and some economists, according to VAFIE Deputy Chairman Nguyễn Anh Tuấn.

The 250-page report, in both Vietnamese and English, is expected to be useful for policy-making agencies, research and training institutions, FDI firms and international investors, he said.

Mại, however, pointed out outstanding problems during the attraction and use of FDI such as the modest number of high-tech projects from the US and Europe. Besides, contributions to the State budget of many FDI enterprises did not match their investment scale and the incentives they are entitled to. The structure of FDI in terms of regions and localities remains unbalanced, and too few businesses established research and development (R&D) centres.

Noting that the Politburo issued Resolution No 50-NQ/TW dated August 20, 2019 on orientations to consolidate institutions and policies in order to raise the quality and efficiency of foreign investment by 2030, Mại said the VAFIE realised the need for a report on FDI in Việt Nam, hence the release of the report.

According to VAFIE, since the National Assembly passed the Law on Foreign Investment in Việt Nam in 1987, the foreign-invested economic sector has continuously developed, significantly contributing to national economic growth and growth model reform towards industrialisation and modernisation, accelerating Việt Nam’s international economic integration and improving its position in the world.

It has generated direct jobs for 4.6 million people or more than 7 per cent of the country’s workforce, and indirectly created jobs for millions of others. — – VnExpress News