Empowering a generation to end tuberculosis among youth

Matthias Skillecorn, Managing Director of Johnson & Johnson Vietnam, talks about the company’s initiatives which are aimed at helping to empower a generation of youth to end tuberculosis (TB). 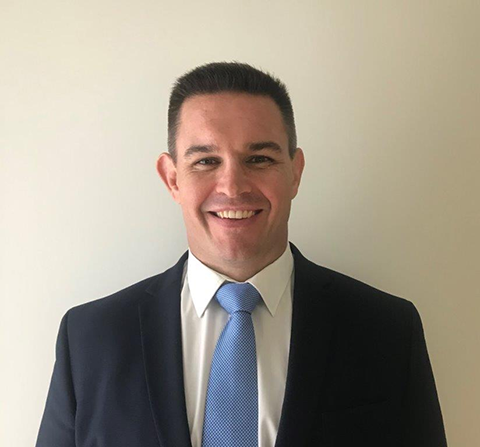 Could you please share with us the situation of TB disease in Southeast Asia in general and in Việt Nam in particular?

TB is one of the world’s deadliest infectious diseases that killed 1.5 million people and sickened 10 million people in 2020 – an annual toll bigger than any other disease, excluding the COVID-19 pandemic. According to the WHO Global TB Report 2021, the WHO South-East Asia (SEA) Region, home to 26 per cent of the world’s population with 43 per cent burden of TB. Four in 10 people with TB in the region go undiagnosed and untreated, a situation exacerbated by health disruptions caused by COVID-19. This in turn has led to the number of people diagnosed and treated in worst-affected countries falling to 2008 levels, threatening progress toward ending TB.

Việt Nam is among the 30 countries with the highest burden of TB. WHO estimated that among 174,000 people with TB in the country in 2018, there were 11,000 deaths. TB treatment coverage was only at 58 per cent in 2020, driven by barriers such as missing TB cases and inadequate TB prevention.

Johnson & Johnson (J&J) has spent a lot of efforts and initiatives against TB. Would you please speak more details about J&J’s programmes to help end TB?

J&J has been a committed partner in the global fight against TB for more than two decades. Recently, in recognition of World TB Day (24 March), J&J announced a series of initiatives in high TB burden countries aimed at helping to empower a generation of youth to end TB. The initiatives focus on supporting global efforts to help find the missing millions of people living with undiagnosed TB and are part of J&J’s 10-year initiative to help drive progress toward the United Nations (UN) Sustainable Development Goal of ending this deadly, but preventable and treatable, disease by 2030.

Despite being curable and preventable, TB remains among the world’s deadliest diseases, as many are not recognising the critical importance of seeking help early. While early diagnosis and treatment can cure and prevent the spread of TB, underreporting and under-diagnosis remains a big issue. And more dangerous yet, growing drug resistance threatens to undermine decades of progress and makes treatment both more costly and complex. Taking these facts into serious consideration, J&J is working closely with National TB Programmes (NTP) and other partners in high-burden countries to improve health-seeking behaviors and accelerate access to treatment, so as to put us back on track on our path to ending TB.

Under the wider ‘United Against TB’ regional movement in SEA, J&J in collaboration with the NTP of Việt Nam, Indonesia, the Philippines and Thailand launched a concerted effort to engage youth to take charge of their country’s TB trajectory by actively managing their own health and advocating for those around them. One of several initiatives included the launch of “TB Warriors”, four new interactive on social platforms filters and an educational website that provides youth with resources and information on TB in a fun and engaging way with the aims to address the current gap in the region when it comes to case detection for TB, as well as access to diagnosis and treatment support for this disease in Southeast Asia.

In Việt Nam, over the years, we have developed strong relationships with key local partners, including local NTP to accelerate the progression to end TB. Together with the Vietnam NTP launching the youth movement this year, we believe the young generation in Việt Nam will have great potential in spreading changes in their communities when it comes to the issues facing TB.

In addition, J&J and PATH – a global organisation that works to accelerate health equity – has been building on the success of Breath for Life (B4L), an initiative launched in 2016 that aimed at accelerating pediatric TB case detection, treatment and prevention through health systems strengthening in the northern rural mountainous province of Nghệ An. Next phase of this collaboration focused on scaling this approach nationwide by activating the National Tuberculosis Programme system at all levels, mobilising public-private networks, engaging communities and families, and advocating for policy change at the national level.

Why does J&J stress the importance of mobilising youth to end TB?

Youths are disproportionately affected, carrying among the heaviest burdens of the disease – they account for 17 per cent (1.8 million) of total TB infection rate; possesses highest TB prevalence to notification ratio (2.91); and can be up to 20 times higher than other populations due in part to having a wider range of personal contacts outside of the home rate of transmission.

Young people are less likely to seek care due to a lack of awareness of TB symptoms, stigma associated with the disease, structural barriers in accessing complex health systems, and a lack of family and social support. Barriers are found to be higher for youths – 82 per cent who were symptomatic had not sought care, and 71 per cent of youth with TB suspected their symptoms to be a common cough.

Further, in Asia youths account for 29 per cent of the total population and so play a strategic role for us to maximise health seeking behaviour amongst the wider population and play a key role in TB detection amongst families and children, especially as young parents of paediatric TB cases with the average age of first time mothers at 21 years. With 297 million engaged in the workforce, young people also play a role in mitigating workplace exposure and transmission amongst colleagues because 50 per cent of infectious disease cases originate in the workplace.

Through our ongoing work, we look forward to advancing engagement with youths and amplifying their voices to end TB in the region. This year we roll out a pipeline of initiatives to engage youths via the educational game. Gamification plays a big part in shaping how we engage youths for the movement. Not only have there been studies demonstrating its effectiveness in influencing health-seeking behaviours and well-being related interventions, a vast majority of Southeast Asia’s urban online populations are gamers, which makes gamification a natural choice to appeal to this generation not just to drive awareness but also take action.

Do you think that public-private partnerships play an important role in ending TB?

We recognise that the fight against TB cannot be won by the health sector alone. Ending TB requires concerted action by all sectors of the society, especially forging strategic partnerships between public and private sectors and bringing more stakeholders – such as local authorities, agencies, and social and civil organisations – into the TB movement is key to ending TB.

J&J is strongly committed to continuing the fight against TB. This includes joining forces with various stakeholders to enhance awareness, to educate and empower youths to seek TB care, to support efforts to help find the millions of undiagnosed TB patients in Southeast Asia to close the inequality gap and pave the way to a healthier future where all people and communities can thrive.