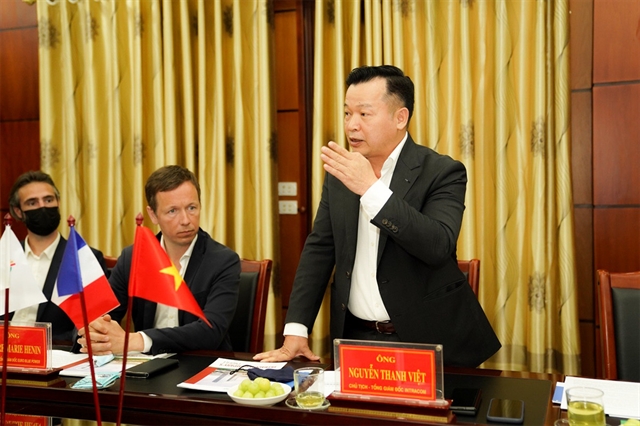 Intracom Group and Euro Blue Power Group meet leaders of Điện Biên Province for some storage hydropower projects in the province. — Photo courtesy of the firm

Nguyễn Thanh Việt, chairman of Intracom appreciated the potential the locality has and proposed to invest in three energy projects.

During the meeting last week, leaders of the northern province said they would create favorable conditions for Intracom Group to survey project investment.

The Intracom chairman told the meeting that along with the strong development of other advanced forms of renewable energy, a model of combining stored hydroelectricity with wind and solar power projects has been developed in the world.

He said: “With the research and investment of these three storage hydropower projects, Điện Biên Province and Intracom Group expect to create many jobs for workers, contribute to the stability and development of national energy security, and at the same time contribute to promoting socio-economic development of Điện Biên.”