FapTV, a high profile YouTube channel in Vietnam with 13 million subscribers, has been hacked and rebranded to promote crypto scams.

Around 9 a.m. Saturday, many FapTV subscribers discovered that the channel had been renamed “Tesla US” and that it was playing a live video of Elon Musk and other prominent figures in the technology industry discussing cryptocurrencies. This livestream received over 12,000 views at one point.

Viewers were encouraged to visit a website that was giving gives away Bitcoin and Ethereum.

The website has a confusing domain name and interface that’s similar to Tesla’s website, offering visitors the opportunity to transfer digital money to a specific address and receive twice the amount transferred.

This is essentially a cryptocurrency scam that has surfaced on YouTube. The livestream video played is typically an old repost with an enticing title about giving away digital currency.

Searching for similar titles on YouTube, pop-up results reveal that the same video had also appeared on many high-profile international channels that same morning.

FapTV stated on their official social media account that the channel had been taken over by hackers.

“To avoid assisting hackers achieving what they want, we advise people not to click on links in the livestream video on the channel or any other strange links,” the notice stated.

FapTV does not accept virtual currency advertisements. This could be the reason for hackers want to control this channel.

“Fellow channels, take note. Because the virtual currency market is in free fall, hackers will continue to exploit your channel and roll out dubious scams. Again, please be cautious and avoid clicking on strange links.”

Huy Pham, a representative of Metub, a multi-channel network (MCN) that supports FapTV, stated that they immediately coordinated with the channel owner to contact Google and deal with the hacking.

“After about an hour, the incident was detected and handled. The channel has been given back to its rightful owner,” Huy said.

Another Metub representative stated that they would have to wait for the results of Google’s investigation and then take steps to improve security for FapTV and other channels.

FapTV, founded in 2014, is a YouTube channel that specializes in humorous content. According to SocialBlade statistics, the channel has over 13.3 million subscribers, ranking third in Vietnam.

The practice of hijacking channels and playing cryptocurrency promotional videos on YouTube has been around for quite some time.

At the start of this year, hackers took control of a number of popular and influential cryptocurrency market channels, including CoinMarketCap, Altcoin Buzz, BitBoy Crypto and many others. These channels began posting an identical video called “One World Cryptocurrency”. 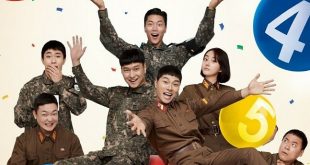