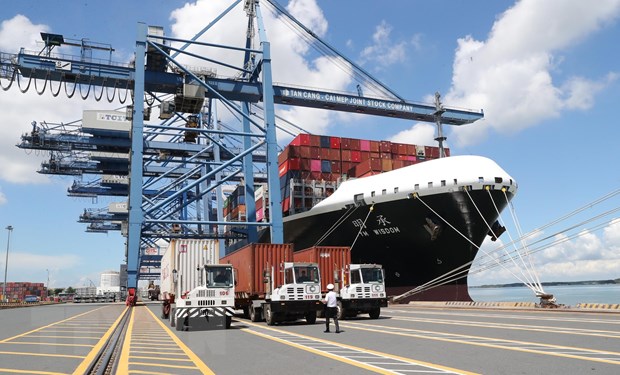 HÀ NỘI — Việt Nam’s import-export turnover during the first four months of 2022 reached over US$242 billion, of which exports totalled $122.3 billion and imports $119.8 billion, resulting in a trade surplus of $2.53 billion, according to the latest report released yesterday from the General Statistics Office of Vietnam (GSO).

The four first months of the year have seen the Southeast Asian country’s exports increase by 16.4 per cent and imports by 15.7 per cent. The $2.53 billion trade surplus recorded for the period was a marked improvement over the same period last year at $1.5 billion.

GSO’s report said Việt Nam’s turnover for the month of April stood at $65.4 billion, a 2.9 per cent decrease compared to March but a 20 per cent increase compared to the same period last year. Exports were reported to expand by 25 per cent with the domestic sector’s growth at 20.5 per cent and foreign at 26.6 per cent. Imports fell 1.5 per cent from March to nearly $32.2 billion, of which the domestic sector imported $11.02 billion and foreign $21.17 billion.

Meanwhile, imports turnover reached $119.83 billion, a 15.7 per cent increase year-on-year with the domestic sector accounting for $40.97 billion and foreign $78.86 billion, a 16.4 per cent increase. The country’s imports were made up mostly of input materials (93.9 per cent) including tools and machinery, raw materials and consumer goods.