Economic recovery and stimulus checks in many countries have allowed overseas Vietnamese to send remittances home and support their families amid the Covid-19 pandemic.

In the first week of every month Nguyen Thanh Tuyen, who works at a nail salon in Orange County, California state, in the U.S. heads to a bank near her home to send money to her parents in Ho Chi Minh City’s Binh Tan District.

Even when she was jobless for months until May the 32-year-old never stopped sending $500 back home.

Since her parents do not have a pension, “The money I send is their lifeline, especially when I have not been home to see them for years due to the pandemic”.

Tuyen is among millions of people living abroad who kept sending money home amid the two-year-long pandemic, which prevented them from coming home.

This year Vietnamese remitted an estimated $18.06 billion, a new high and the eighth highest of any country globally.

The main reason leading to the rise in remittances this year is people’s desire to support their loved ones during a time of great need after many people in Vietnam faced financial hardship caused by an unprecedented loss of jobs due to the pandemic.

Nguyen Thi Kieu Trang, who is a nurse also in California, says: “My sister in Saigon closed her karaoke parlor in May and has earned nothing since then, and survives on the money I send from the U.S.”.

Before the pandemic her sister was earning around VND20 million a month, but now her four-member family depends on her husband’s income as a delivery worker and the money from Trang.

Trang says: “She needs money for their food, her sons’ education and her diabetes medication”.

The fourth wave of Covid that began in April had a huge impact on the economy and pushed the jobless rate up sharply.

Besides, data from the General Statistics Office shows the average monthly income in the third quarter fell by VND877,000 from the previous quarter to VND5.2 million.

“Since many people are facing difficulties due to Covid, expatriates and overseas workers have increased remittances to support their relatives in Vietnam”.

International border closures and travel restrictions mean many people living abroad have been unable to visit Vietnam for long, and are happy to send the airfare they save to their families.

Nguyen Ngoc Thien Huong, a restaurant owner living in Germany, says the local Vietnamese church she goes to has been calling for donations to send back home.

The strong growth in remittances has also been aided by economic recovery in Europe and the U.S. and relief money they have been paying their citizens, according to a World Bank report.

Ngoc Thao in California used to send $500 a month to her family, which used to run a seafood restaurant in Ba Ria – Vung Tau Province. But then Covid devastated the tourism industry and the restaurant had to be closed.

So when Thao received two checks for $1,200 last year and $1,400 this year, she sent back nearly half of each for her family to meet urgent needs.

She says: “My family comes first. I can skip a meal if needed to send more money home”.

She has been sending more money since resuming work at a hair salon in May.

While most people send money home to support their families, some do it for investment, especially with real estate being an attractive investment in the last few years.

Huynh Thanh An, a nurse in Washington State, the U.S., sent $150,000 this year to his parents in HCM’s Binh Tan District to buy an apartment in District 10.

“I see the property market in Vietnam is promising, but I cannot be there and so my parents bought the apartment on my behalf,” he says.

Analysts expect remittances for investment in property to remain high since the market is expected to revive strongly after the pandemic.

Tuyen says she has set up a bank account to save money for her parents if the pandemic returns and she loses her job again.

“But I will keep supporting my parents even if I earn nothing in America”. 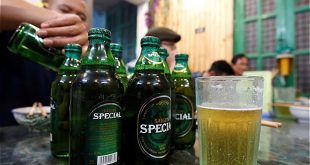 Men and their worsening drinking habits 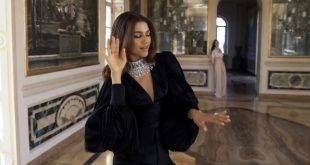