Do Thanh Nhan, chairman of the Louis Holdings conglomerate and Do Duc Nam, general director of brokerage firm Tri Viet Securities were arrested Wednesday for allegedly manipulating the stock market.

Nhan and others are suspected of using multiple accounts to buy and sell tickers, manipulating the prices of TGG of Louis Capital, BII of Louis Land and other stocks between Jan. 4 and Oct. 6, 2021, said Lieutenant General To An Xo, Chief of Office and spokesman for the Ministry of Public Security.

Nhan is also a board member of Louis Capital and Louis Land.

The arrests have happened in the wake of the stock market seeing he longest losing streak in months. Vietnam’s benchmark VN-Index fell to a six months low Wednesday after closing in the red in eight of the last 10 sessions.

Last September, Louis Capital, a subsidiary of Louis Holdings, said in a statement to the State Securities Commission that it has “never commited any act to manipulate the stock market.”

In March, Louis Holdings was fined VND160 million and banned from trading in the securities market for two months for buying 4.6 million shares of TGG, exceeding the 3.6 million it had registered with authorities.

Louis Capital was fined VND232.5 million in January for violating the regulations on information disclosure, and that on the numbers of non-executive and independent members in the company’s board.

Tri Viet Securities was also fined VND310 million and terminated its pre-sale services in Januaryfor providing advance payment without the approval of the authorities, and employing uncertified brokers.

This is the second case of stock market manipulation that has come to light in nearly a month.

Quyet and others allegedly used multiple accounts to manipulate the stock market between Dec. 1 and Jan. 10.

On the afternoon of January 10, Quyet sold 74.8 million FLC shares, but the State Securities Commission of Vietnam (SSC) only received notice of the sale by the evening of the same day though regulations require notification three working days in advance. 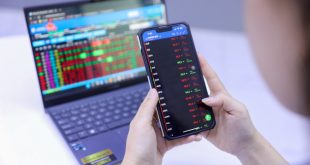 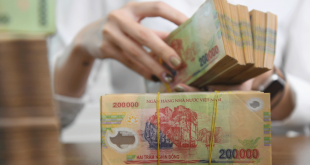