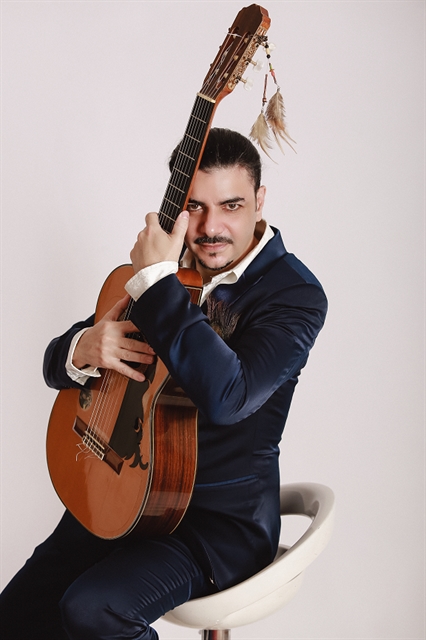 HÀ NỘI — International artists will sing a series of love songs at the Glamour 3 concert on April 9 at the French Cultural Centre (L’Espace).

Glamour 3 will be a feast for music lovers and “a night of French romantic songs which will awaken the most instinctive emotions in the human subconscious, from anxiety and sadness to optimism, joy and wit”.

The pieces include Yves Montand’s light but exciting jazz, the narrative melodies of the rock opera Starmania by Michel Berger and the acoustic and folk songs in the first album by Hubert-Felix Thiefaine.

The audience will tap their toes, sway their bodies and clap their hands to the beat of famous pieces, which were performed by the iconic Johnny Hallyday, George Brassens and Charles Aznavour.

Attendees will also have the opportunity to enjoy the songs that make Belgian singer Angèle Van Laeken one of the most popular young vocalists today.

The concert will captivate the audience with stories about life and love.

The concert marks the much-awaited return of Kenjah David after the show Legend of Opera for the 110th anniversary of the Hà Nội Opera House last December.

David started a long tour through Africa, Europe and Asia, which has given his music studies a universal perspective. He has performed in Việt Nam, Japan and South East Asia promoting a new world music concept.

David and the Vietnamese guess artist Sương will perform a duet at the concert.

“There are many Vietnamese singers who can sing songs in French with very good voice,” said David. “I hope they will have the opportunity to express themselves on the very beautiful and professional stage at L’Espace.”

Sương is from the band Mac and The Odd Stones, made up of Vietnamese and foreign artists. The emerging indie artist began her career in 2014.

Osamu Sakurai is a Japanese singer, guitarist and leader of the gypsy reggae band Bamboo Tambourine. After a 20 year-long music carrier in Japan, Osamu travelled and toured in South East Asia for a few years, and recently relocated to Hà Nội.

His unique “drumming guitar” style gives a specific colour to his current musical projects, accompanied by his soulful singing and energetic performance.

From New York, contrabass Ramires has performed in concerts at Carnegie Hall, The Proms and Cite de la Musique. He has been a master contrabass at Hà Nội Sun Symphony since 2018.

The concert will begin at 8pm at L’Espace, 24 Tràng Tiền Street. Tickets are available at ticketbox.vn. — VnExpress News