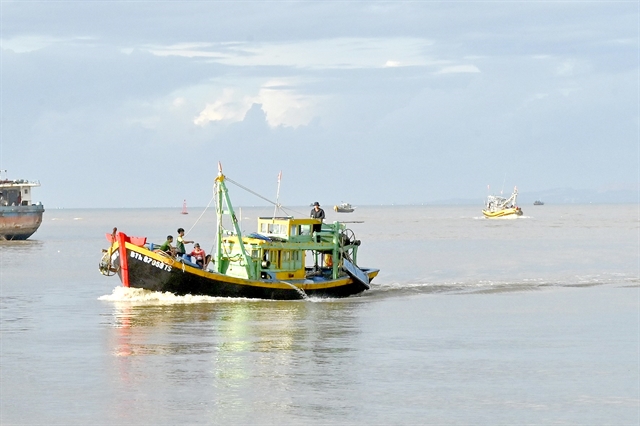 BÌNH THUẬN – The south–central province of Bình Thuận has developed its fisheries sector rapidly by exploiting its advantages optimally and ensuring there is adequate investment in it.

With a coastline of more than 192 kilometres and a maritime economic area of 52,000sq.km, the province’s fisheries catch is extremely diverse, with more than 500 fish species and various high-value bivalve molluscs like noble scallop, ark clam, yellow clam, and horse mussel.

Mai Kiều, director of the province Department of Agriculture and Rural Development, said since Bình Thuận was re-established in 1992 it has implemented a number of programmes and policies to develop fisheries, and the sector has been reorganised comprehensively and achieved positive results.

The province provides soft loans and offers other support to fishermen for building new fishing boats and upgrading existing ones to enable offshore fishing.

The province, which has one of the largest fishing boat fleets in the country, has nearly 8,000 fishing boats, including about 2,000 off-shore fishing boasts.

Most are equipped with modern facilities such as fish-finding machines and location finder machines, helping improve their efficiency and capacity.

Some 98 per cent of vessels of 15 metres length and above have black boxes to monitor fishing activities.

The device is the main solution to prevent illegal, unreported and unregulated (IUU) fishing activities, according to the department.

Authorities would tighten measures to prevent IUU fishing activities this year, check fishing boats when they leave and return to fishing ports and inspect the quantity brought back by boats, it said.

It has developed its fisheries in recent years by reducing near – shore fishing and fostering off-shore fishing.

It has established 129 fishing boat teams with a total of 982 vessels to fish and sell seafood together and enable search and rescue activities at sea.

The province is well known nation-wide for its quality shrimp fry and produced 26 billion of them last year.

It harvested 2,000 tonnes of aquaculture produce, mostly fish and shrimp, in the first two months of the year, up 2.6 per cent year-on-year, according to the province’s Statistical Office.

It plans to develop more large seafood processing companies to meet the requirements of domestic and export markets.

It will prioritise promotion of key products like frozen and dried seafood and fish sauce in foreign markets.

But it will also focus on traditional markets like the EU, the US and Asia and other promising markets.

There are some 230 seafood processors in the province, including 25 involved directly in exports.

The province exported $170 million of seafood last year, or 30 per cent of its total exports.  – VnExpress News