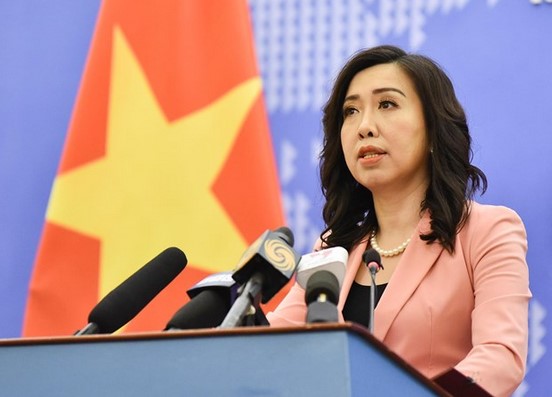 HÀ NỘI – Spokeswoman of the Ministry of Foreign Affairs Lê Thị Thu Hằng emphasised the demand that China respect Việt Nam’s sovereignty while replying to reporters’ question about China’s three-month fishing ban in the East Sea, including the waters of Việt Nam, on April 29.

“Việt Nam’s stance on China’s fishing ban in the East Sea is consistent and has been asserted clearly over the past years,” she reiterated.

Accordingly, part of this ban’s scope has violated Vietnam’s sovereignty over Hoàng Sa (Paracel) archipelago and the country’s sovereign right and jurisdiction identified in line with the 1982 United Nations Convention on the Law of the Sea (UNCLOS) and the agreement on the delimitation of the Gulf of Tonkin signed by the two countries in 2000.

“Việt Nam demands China respect Vietnam’s sovereignty over the Hoàng Sa archipelago, sovereign right, and jurisdiction over Việt Nam’s sea areas when implementing measures for conserving fisheries resources in the East Sea; not complicate the situation; and contribute to the maintenance of peace, stability, and order in the East Sea,” Hằng said. VNA/- VnExpress News