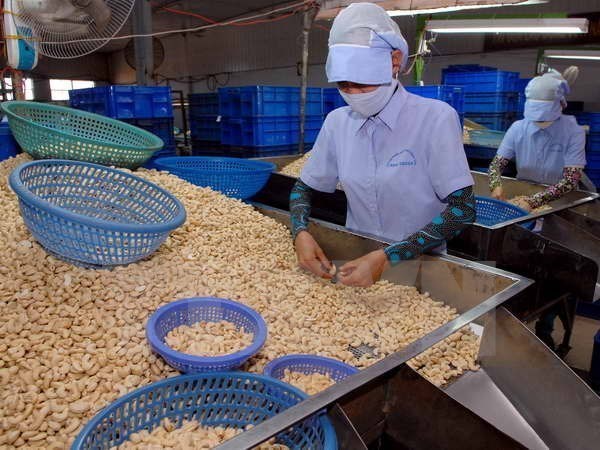 ROME — Eight among the 100 cashew nut containers related to the latest alleged scam attempt against Vietnamese exporters have found buyers in the Netherlands, according to Việt Nam’s trade representative office in Italy.

The eight containers’ original documents were not taken by the alleged scammers, said the office. Earlier, the embassy staff and the Vietnam News Agency’s correspondent in Italy had a working session with the city council, police and shipping company in La Spezia, a southern Italian city, to seek ways to support the exporters and help mitigate damage.

“The city’s authority has promised to retain some containers without original documents until the matter is resolved. We have been reaching out to other major port cities in the region including Genova and Carrara,” Việt Nam’s commercial attaché in Italy Nguyễn Đức Thanh told the Vietnam News Agency.

He said the exporters should prepare for potential legal battles as there have been attempts by certain people who somehow managed to get hold of the missing original documents to claim the containers. Lawyers from both sides were said to have engaged in talks.

Thanh advised them to work closely with the Vietnamese trade authority in the meantime to find ways to regain control of the containers as soon as possible as it’s a race against time.

Earlier in March, the Việt Nam Cashew Association (Vinacas) said as many as 36 original documents belong to a shipment of 100 cashew nut containers on the way to Italy went missing. The containers were estimated to be worth VNĐ10 billion (US$437,000) each, or a total of $15.7 million in potential losses. The deal was reportedly conducted through a Vietnamese broker.

Several exporters have reported that changes were made to the SWIFT code sent from Vietnamese banks to those allegedly representing the importer in Turkey. The Turkish banks said the buyer is not their client and said they had sent back the documents. However, they failed to specify how they had sent back the original documents and provided Vietnamese banks with bills of lading. VnExpress News