Black chicken a tasty speciality of the Mông ethnic group

The chicken, named “ka đu” in the Mông language, is always presented as a gift when children get married, said villager Giàng A Lùng. 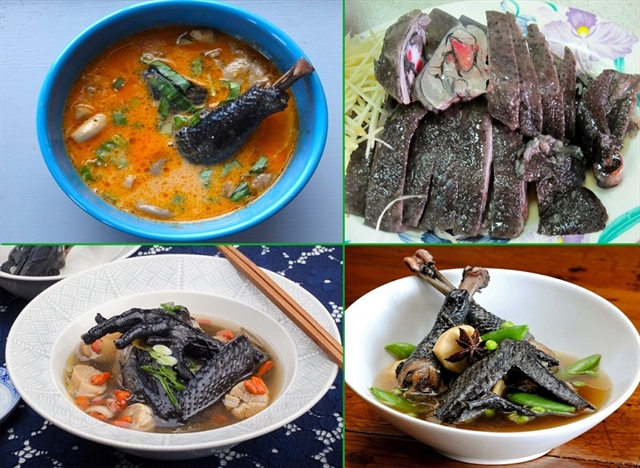 Điện Biên’s black chicken in Tủa Chùa Village can be cooked in many tasty and healthy dishes. Photo Foodi.com.vn

Like black chicken from other areas, the ka đu has black skin and bones, but its feathers are of various colours, like black, white, grey, and yellow, said Lùng, adding that the animal has adapted to survive in wild conditions. The chicken sleeps in trees and eats local maize and rice grown, so its meat is more savoury, more fragrant and firm.

“The ka đu chicken is so healthy that people considered it a precious medicine. They cook it in attractive and tasty dishes such as steamed black chicken, roasted chicken with hạt dổi (special spice seeds collected from the forest), chicken in hotpot and porridge for pregnant women and children,” said Lùng. 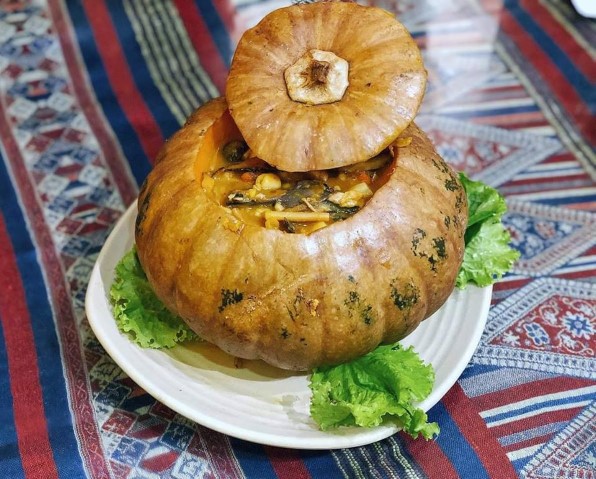 He said the Mông people commonly steam the black chicken in a pumpkin. “The dish contains high calories, low cholesterol and is fragrant.”

Lùng said the chicken should be cut into pieces and marinated with local spices, broth mix, fish sauce, and chilli for about 30 minutes before putting it in a pumpkin and steaming it for 40-45 minutes. 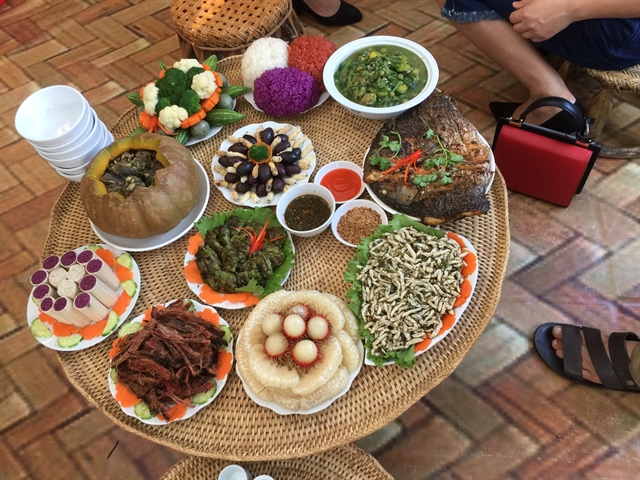 A tray of dishes including black chicken steamed in pumpkin prepared to welcome guests. Photo svhttdldienbien.gov.vn

“We often cook the dish to welcome guests or during big holidays such as Tết (Lunar New Year),” he said, adding that the chicken always sells very well before the traditional festival.

“Unlike the Mông who steam the chicken in pumpkin, we, particularly my parents, nieces and nephews all enjoy the chicken in hotpot so much,” Hải said.

“It also becomes our special dish to share with our relatives and friends.”

Hải’s wife Lê Thị Hòa, said in the past she often steamed gà ác (or black chicken weighing 0.3-0.4kg) from Phú Thọ or Hưng Yên for her grandmother. This chicken has a fishy smell compared with black chicken in Tủa Chùa which weighs 1.8-2kg. 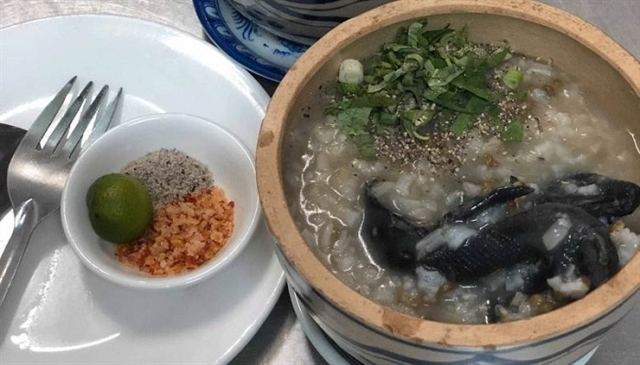 Black chicken porridge is said to be very healthy and nutritious, particularly for pregnant women and children. Photo dulichvietnam.com.vn

“Several years ago a friend of mine introduced us to this type of chicken. Since then we often order it to cook year-round as nutritionists say it is very good for the cardiovascular system,” Hòa said.

Mùa A Sang in the same village, said the black chicken dish helps eaters warm up during winter when temperatures drop to 1-5 degrees Celsius or even lower.

“We try to preserve this chicken so as to supply customers, especially for the country’s biggest holiday Lunar New Year, which starts on February 1 this year,” said Sang. VnExpress News